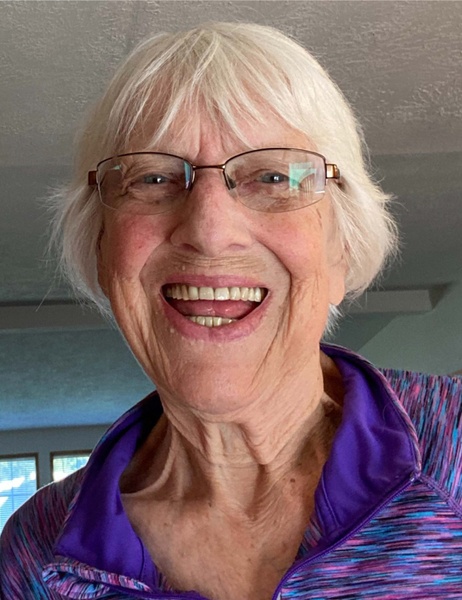 Jane was born to Irene and Lloyd Berry on February 27, 1939 in Seattle, WA. Jane embraced her love of dance and was active in her school ballet. She graduated from Renton High School in 1957. She was a dental hygienist prior to having children. Jane was a Bee-Line merchandiser when her children were young. And was a court stenographer once her kids got a little older.

In 1982 Jane met Russell Day Jr. It was love at first site. They were married in 1983. They shared their joy of traveling, adventure, family and love for each other. One of Jane�s favorite trips was when her and Russell went to Germany. They were able to visit places where her ancestors had lived. Throughout their marriage they spent less than a month apart.

Jane enjoyed traveling, animals, the beach, sewing, puzzles, genealogy, and music. She had a special place in her heart for all of her children, grandchildren, great grandchildren, and her dogs. She had a wonderful smile, which she shared freely and often, and a great sense of humor. Jane thought the iPad was far better than sliced bread. No more need for making table space when all those puzzles can be done on a tablet. When things happened in life, whether good or bad, Jane was who you called first to tell about it. She shared your excitement and joy, or helped you through the tough times with encouraging words and always with love. Above all Jane cherished spending time with her family.

Jane was predeceased by her parents, Irene and Lloyd Berry, siblings: Verla, Gene, and Lloyd. She is survived by her husband, Russell Day, and children Tony, Laura, Rochelle, Barbara and Deanne, their spouses, and an abundance of grandchildren and great grandchildren. Jane lived a very full life filled with love, joy and laughter.