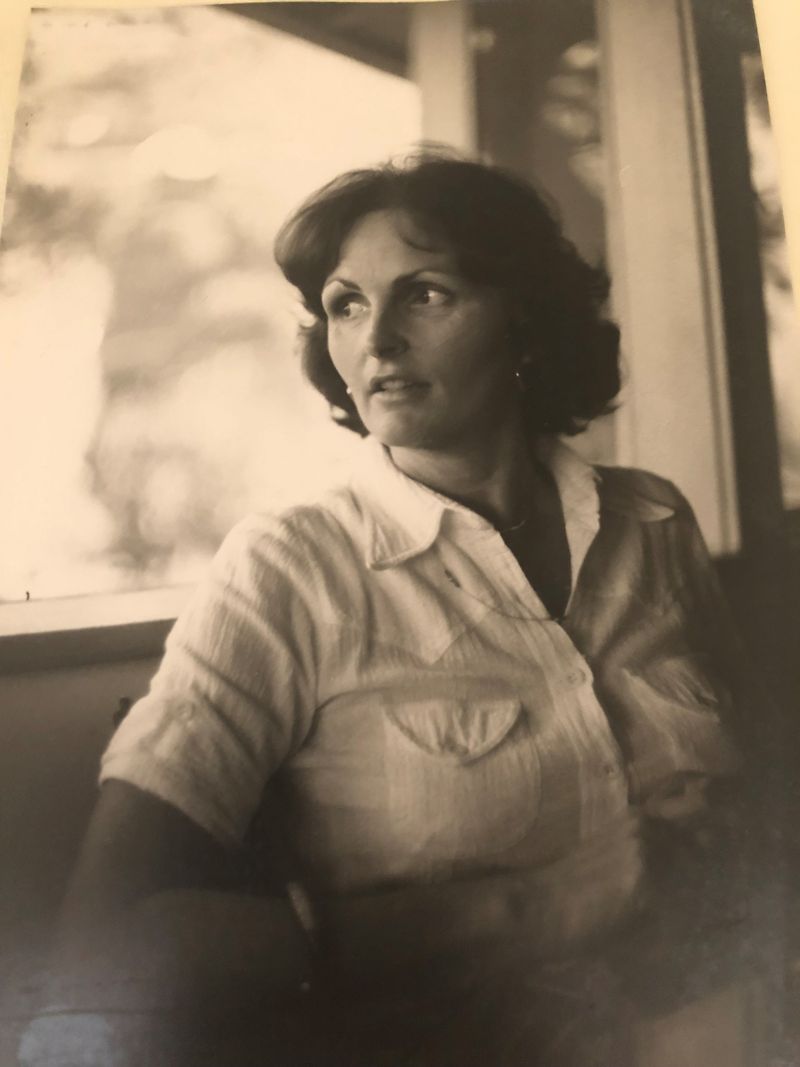 Jeannette Gary Harrington peacefully joined the Angels in Heaven on March 12th, 2021. Born the youngest of six children in Oakland, California, Jeannette Marie Gary attended the Anna Head School for Girls (now Head-Royce) and Mills College. While at Mills, she met Stanford University student, James (Jim) Dawson Thomas, and they eventually married after graduation in 1955.
A few years and three babies later, Jeannette earned her third degree, a PHT (Putting Hubby Through) after Jim received his MBA from Harvard University. The family eventually left Cambridge and moved back to their native California, living in San Rafael, Redlands (where a fourth child was born), and Jeannette's beloved Palos Verdes Peninsula.
She was a devoted wife and mother and made lifelong friends everywhere she lived. She ensured that each home was filled with lovely fresh flowers, beautiful décor, and special home-made dinners, cakes, and cookies almost every day. Family came first and foremost in her life. She attended and was tirelessly involved in each child's school and church activities, never missing a game, tournament, play, recital, scouting event, or concert. Jeannette was personally talented and accomplished in all she did, and when she found time for herself, she enjoyed painting and playing Bridge, tennis, and the piano. Jeannette adored animals, and she always had a cat or a dog in her life. Her favorite outing in her last years was to the barn or a horse show as she so enjoyed her family's horses.
Jeannette was married to Dennis Harrington in 1985, divorced in 1989 and moved to Chico, CA. In 2003 she moved to King City, OR to be close to her family where she met Robert (Bob) Baylor. Jeannette and Bob enjoyed constant travel to Mexico, Hawaii, the San Juan Islands, the Oregon Coast, and Palm Springs. Eventually they both moved to Avamere in Sherwood, OR.
She was loved and admired by all who knew her and was revered for her grace, elegance, and innate beauty. Jeannette is preceded in death by her son, Jim Thomas, Jr.; her ex-husband, Jim Thomas; her parents, George and Florence Gary, and her brothers George, Ted, Bill, and Art. She was the great-niece of Judge Elbert Gary, founder of U.S. Steel and the namesake of Gary, Indiana (and the famous "Music Man" song).
She is survived by her daughters, Laurie Wyatt (Russ), Diane Reifert (Jim), and Christine Nickerson (Dave); her grandchildren Ashton, Madelyn, and Dawson; her brother, Chuck Gary; her sister-in-law, Barbara Anderson, and several nieces and nephews.
We are forever grateful and beholden to the loving nurses, staff, and caregivers at Avamere at Sherwood and Signature Hospice for their ongoing care and beautifully sung hymns providing Jeannette and her family comfort and solace to the very end.
A Celebration of Life has yet to be determined, but it will involve the beautiful ocean views and cliffs of Palos Verdes per her request. In lieu of flowers, please donate to your favorite charity in Jeannette's name.
To order memorial trees in memory of Jeannette Gary Harrington, please visit our tree store.
Send a Sympathy Card