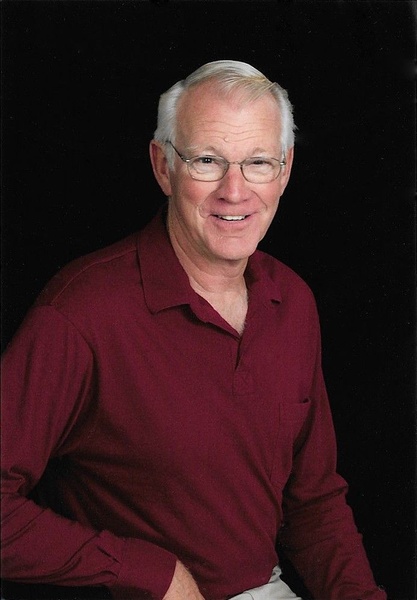 On September 21st, Jerome "Jerry" Elmer Reichling of Kingsland, TX went to his forever Heavenly home at age 76. Jerry was a loving father and husband who modeled selflessness and servitude.
Jerry was born in Watertown, South Dakota on December 16th, 1943 as the oldest son of Elmer and Doris Reichling. He joined the Air Force right after high school where he served his country for three and half years as an Air Force Electrician at Ramstein Air Force Base in Germany.
Upon returning to Watertown, South Dakota he attended the Lake Area Vocational Technical School in Electronics. At this time, he met the love of his life, Gloria Bailey from Clark, South Dakota. The two soon married and had their first son, Troy in Watertown, South Dakota. Work took them to Big Lake, Minnesota where they lived for 3 years. After taking a job with Southwestern Bell, he moved his family to San Antonio, Texas. While living in San Antonio, Jerry and Gloria welcomed their second son, Joel.
During his 33-year career with Southwestern Bell/AT&T, he and his family lived in Midland, San Antonio and Spring, Texas. Jerry and Gloria retired to Kingsland, Texas in 2007. Jerry spent his retirement enjoying his family and traveling in their camper. Their fifty two years of marriage took them to all but 8 states. Their favorite trips were Hawaii, Alaska, and Israel.
While he loved reading and spending time with his dog, Elsa, his true joy came from being with his 6 granddaughters. The girls describe him as a lovable, patient, selfless, silly, and supportive jokester. The fruit of his legacy is his family.
Jerry and Gloria are actively involved at Hill Country Fellowship in Burnet where Jerry was involved with the Texas Ramp Ministry, he was a greeter, and an usher. He and Gloria went on their very first mission trip with the church to Ruidoso, NM and loved it so much they continued going back each year. They also enjoyed being a part of a camping group called The Texas Sparklers.
He was known for his big heart and his servant's hands. He was always giving of himself. He was a blessing and servant to all who knew him. His family is grateful for his faith in Jesus and his example to not fear death.
He was preceded in death by his parents Elmer and Doris Reichling. He is survived by his wife, Gloria Reichling, his two sons and their families: Troy (Katie) Reichling of San Antonio, Texas, and Joel (Sarah) Reichling of Klein, Texas. He has six granddaughters that adored their "Opa;" Heidi, Holly, Anna, Abby, Ashley, and Alice; and his brothers Jerald (Terri) Reichling of Johnston, Iowa and Melvin (Ruby) Reichling of Watertown, South Dakota, as well as many cousins and friends.
Celebration of Life Memorial service is at HillCountry Fellowship Church, Burnet, Tx at 10:30 am on Oct.3
Burial is at Lakeland Hills Memorial Park.
To order memorial trees in memory of Jerome Elmer Reichling, please visit our tree store.