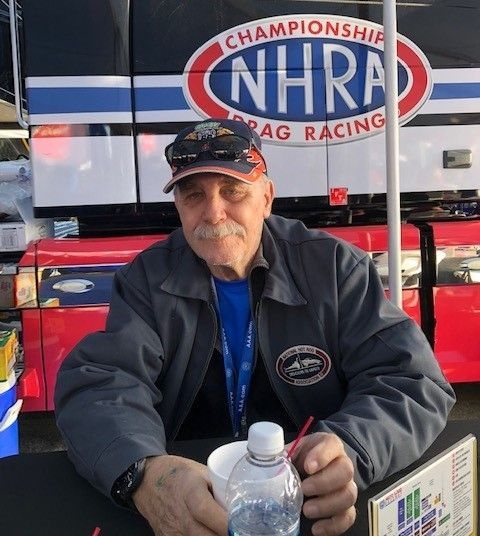 Jerry Karroll, 76, of Palm Desert, California passed away peacefully on Friday April 2nd, 2021. Jerry was the most outgoing guy that loved to strike up a conversation with everyone he met. He always had a kind word, smile and a joke. He could always find something in common with everyone. Within minutes of meeting Jerry, you would have your very own special nickname. A nickname that would stick for a lifetime.

Jerry was born on February 27th, 1945 in Los Angeles, CA. to Betty and Lou Karroll. Jerry grew up in the San Fernando Valley, locally known as "The Valley". As a child the Karroll House was the community hangout. One knock and come on in was the way it was for all his friends. They were one of the very few homes in town to have their own swimming pool. He was extremely proud to have attended North Hollywood High School, The Huskey's, where he boxed, played Football and Baseball. Surfing and hanging at the beach was something Jerry enjoyed very much as a teenager. He was also a proud member of the infamous car club "The Titans".

Jerry graduated High School in 1962 at the age of 17. Once turning 18 Jerry enlisted in the U.S. Army. He did his Basic Training at Fort Ord in Monterey, CA. Jerry was very happy to return with his family to Fort Ord in 1990 while on a family vacation. After Basic Training Jerry was stationed at Fort Leonard Wood, MO. where began his training as a Sharpshooter and a Heavy Equipment Operator.

Saying Jerry is a fan of fast cars is putting it mildly. His most prized possession was his 1965 Emerald Green Bullitt Mustang. Most weekends he would be found cruising it down the Van Nuys Blvd. on his way to the original Bob's Big Boy. Drag racing was forever a focal point in Jerry's life. As a young man Jerry was very active in the Drag Racing scene at Irwindale, Fontana, San Fernando and Orange County raceways. Later in life, Jerry was member of the National Hot Rod Association where he shared his passion with his son Scott and the two would attend many races and events all over the country. He even had a hand in building several race cars over the years.

The music of 50's and 60's was one of Jerry's greatest loves. Whether he was listening to all of his "45's" or on "Alexa" Jerry was constantly listening to music. Jerry always said that the music from the movie "American Graffiti" was the soundtrack to his life. His love and passion of music was passed down to his children and grandchildren.

Most of Jerry's career was in the Automotive industry. Either building engines or working on buses and diesel trucks. Later in life he switched his field to the construction industry and proudly retired from Dateland Construction in 2009.

On December 21st, 1969 Jerry married the love of his life, Bobbi Edelman and the two spent 51 glorious years together. They had two wonderful children, a daughter Halley and son Scott.

First and Foremost, Jerry was a family man. He enjoyed spending time and having fun with his family. He also loved watching his kids play sports and other activities. Summer vacations were his favorite time of the year. He loved amusement parks, sporting events and swimming. Jerry was lucky enough to have gone to Disneyland on July 20th, 1955, three days after the amusement park officially opened. Two of Jerry's proudest days were when he became a Papa to Zoe (7) and Mia (5). He absolutely adored his Granddaughters.

Jerry is survived by his loving wife of 51 years, Bobbi, his daughter Halley, his son Scott, his daughter-in-law Betzabel, his two amazing Granddaughters Zoe and Mia, his brother Buddy and many loving nieces and nephews.
To order memorial trees in memory of Jerry Karroll, please visit our tree store.