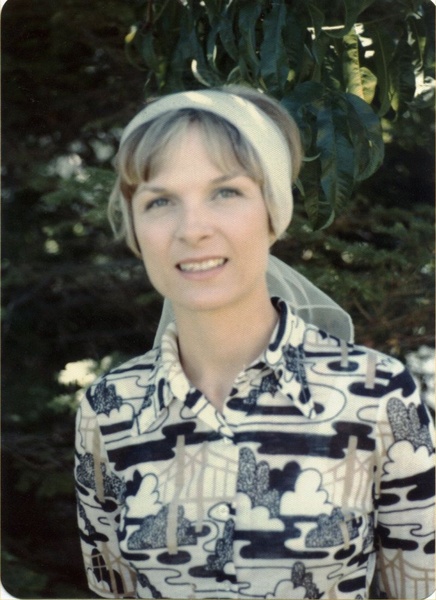 Joan was born on September 3, 1939 in Yakima, Washington. She passed away wrapped in love at the age of 81 in her Olympia, Washington home on Friday, January 15, 2021.

Joan grew up in Yakima, Washington, the eldest child of three and only daughter of Chester and Velma Baylor. She met her husband Tom in 1957 when both worked at summer jobs near Cliffdell, Washington. Their first date was a drive over Chinook Pass for an evening by the fireplace at Paradise Lodge in Mt. Rainier National Park. As young adults, she and Tom both attended the University of Washington in Seattle, where Joan earned her Bachelors' degree in Journalism. Joan and Tom were married in 1960 when Tom began his military career. As the wife of a Navy officer/aviator and mother of two children, Joan held a wide variety of jobs ranging from docent at a historical landmark in Virginia, administrator at a travel agency in San Francisco, to legal researcher at a traffic accident consulting firm in Olympia, where she retired.

Joan and Tom traveled extensively, both nationally and internationally. Military life took them to Florida, Texas, California, the Philippines, and Virginia, with short-term excursions to Japan and Hong Kong. In their retirement years, Joan and Tom traveled to Sweden, Norway, Denmark, France and throughout the US southwest, focusing on Anasazi and scenic sites and National Parks. Joan was an aficionado of classical music (particularly Bach), impressionist art (particularly Monet) and the architecture of Frank Lloyd Wright, and her travels with Tom took her to see the work of these artists at museums, cathedrals, and places such as Monet's Garden in Giverny and Frank Lloyd Wright's Fallingwater.

Joan and Tom recently marked their 60th wedding anniversary. Throughout their time together on this Earth, family members and friends witnessed a rare thing: a truly happy, loving marriage that lasted 60 years without a single argument.

Joan's lovely, gentle and generous spirit, sense of humor, infectious laughter and beautiful smile profoundly enriched the lives of all who knew her. She is survived by her husband Tom; her younger brothers Chet and Steve and their families; her son Peter, daughter Sandra, and their families. Joan remained a devout Lutheran throughout her life; Gloria Dei Lutheran Church of Olympia provided immeasurable comfort to her in her final years and to her family at the time of her passing.

There is no memorial service currently planned. In lieu of flowers, please consider a donation to your favorite nonprofit organization. Joan was a supporter of public broadcasting (an avid PBS member and viewer), medical research, humanitarian organizations, and her church.
To order memorial trees in memory of Joan Baylor Bigley, please visit our tree store.