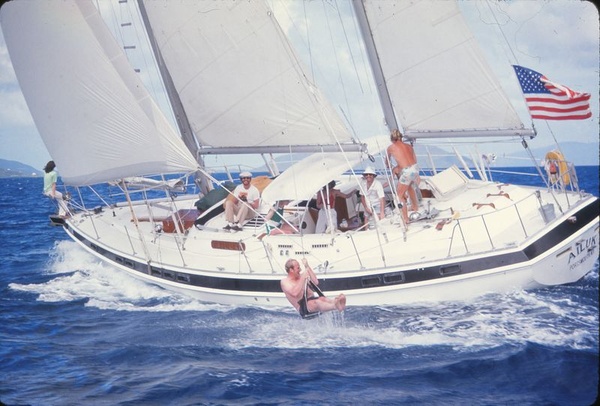 John Joseph Pearson, A few times in life, if you are lucky, you meet someone larger than life, someone so dynamic that his presence is felt the moment he enters the room. John "Bird" Pearson was such a person- a true gentleman. It didn't matter whether you were a cashier or barista at his favorite coffee place, John made you feel like a close friend, and to him… you were.
He was born in Le Mars, Iowa to Robert and Dorothy Pearson on December 18, 1948. John, or "The Bird Man", as he was called by close friends, graduated from the University of Oklahoma (Go Sooners!) with a Bachelor of Science degree in Finance/Accounting. After graduating, John ventured to Denver where he became a successful businessman with diverse holdings in real estate and liquor distributing businesses. Upon a successful retirement from business, he moved to San Diego and focused on his spiritual development, which became a mainstay for him throughout his life's journey. A wanderlust for travel led him to explore many different cultures from Europe, Asia, South America, and Kazakhstan. During his travels in South America, he met his beautiful wife Patricia, who stayed at John's side during the last 20 years of his life.
John was the epitome of a family man. His love for family transcended blood ties, and he believed that family were the ones' we chose to keep close relationships with. He is survived by his amazing wife Patricia, his two sons John, a daughter from his heart Susie and Aaron, his brother Bobby(Speedy), and grandchildren Lauren, Lexi, Ellesha, Marko, and Isaak, grandchild from his heart Ezekiel and Rebecca Pearson. John was also very close to a few other people, who he viewed as his extended family. Phil Roberts, Andy Roberts and Dan Dains were like brothers to John, as were Norma Ortiz and Jacki Pearson, who John referred to as his daughters.
He was a man of unshakable conviction, honor, and integrity with a sense of humor and quick wit to match. John's passion for life never slowed – nor his love for chocolate and Ice cream (particularly Blue Bunny ice cream), despite being handed a harrowing disease, Body Myositis. As a Buddhist, John led a life of love and spiritual kindness, a pragmatic man with an affinity for helping people become better versions of themselves, it was his ability to completely empathize with others on a deep and personal level, both in joy and in sadness, that touched all who knew him.
Some friends of John's beloved college fraternity, Sigma Alpha Epsilon, remember him in the following way:


"Bird was a courageous warrior."
"Bird was such a special person in so many ways, funny, smart, kind and generous. Bird made us all better by just hanging around him."
"He was the epitome of a True Gentlemen."
"Our Bird stretched his wings and made his peaceful journey to Chapter Eternal on Friday."
"John touched so many of us and left huge smiles on our faces. There are countless stories we can all share. John was not much for accolades."
"The PAK has monthly ZOOM calls simply to stay in touch. Bird was always on our calls adding value and humor. Our June call will be dedicated to Bird stories."

"Per Randy Ratcliffe, many of you were working the dreaded no tip New Years Eve night Bird had an eight top. Not expecting much of a tip. He was shocked when he realized the table walked the check!
Everyone working at the Steak N' Ale dropped what they were doing and barricaded all the entrances and exits until Bird could find the Delts. He found them. They paid Bird the legend - Bird. Bird. Bird. Ciao. Ciao"

"Gentlemen,
It took me longer than expected to find these pictures in my archives, but I wanted you to see our friend John in a memory I have of him. Somewhere in the Sir Francis Drake Channel. Great fun with the irreplaceable John.
PA- Randy Ratcliffe"

And so many other attributes… You were true loved by many.

A Celebration of Life will be held in Le Mars, Iowa (date to be determined) and in San Diego, CA. (date to be determined)
In honor of John, donations may be sent to:
Dhamma Sukha Meditation Center DSMC
https://www.dhammasukha.org/product-page/donate-in-memorium-for-john-pearson
To order memorial trees in memory of John Joseph Pearson, please visit our tree store.