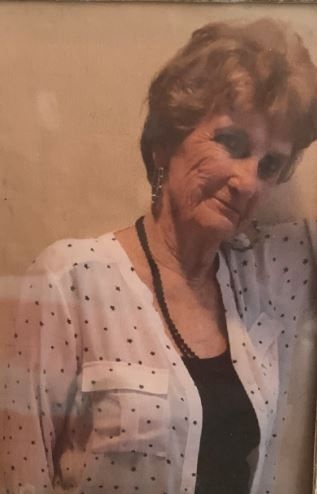 La-Rue P Shetler was born July 17th 1932 and passed away August 13th 2020
A native born Angelino she was raised in East Los Angeles and spent most of her years in the L.A area and the last 8 years in Palm Desert CA. She is survived by her daughter Susie, Son in law Robert, grandson Marc, Stepsons David and Frank Capone and several nieces and nephews Jay Shetler, Vanessa Shetler, Rocklyn Kane, Archie Rodia, Kathy Meyers and Helen Rodia, She is preceded in death by her Son Marc Vujovich sister Dorthy Rodia, brothers Richard Leon Shetler
John Clark Shetler nieces Dorthy (dodie) Darendinger, Cindy Rodia and parents Mary E. Shelter and John Clark Shetler.
Pat as she was called will be remembered for her zeal for life, family, friends and making people laugh. After retiring from J.C penneys she decided to move to the Desert to live the Desert Life enjoying the Casinos, spending time with friends playing golf put put and sitting on her patio enjoying the views of the mountains playing with her kitties and sipping chocolate wine.
We will be having a Celebration of her life at a later date.
To order memorial trees in memory of La Rue Patricia Shetler, please visit our tree store.