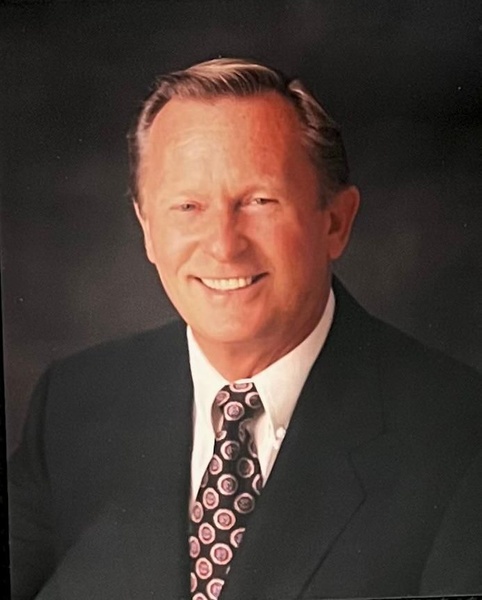 MESQUITE, NV Lary Clarke Banks died unexpectedly of Covid, February 1, 2022, at Mesa View Hospital. He was 84 years old. He was Born May 29, 1937, in Portland, Oregon. The Son of Fred John Banks and Janice Kathryn Clarke

Lary graduated from High School at Heidelberg Castle in Germany, he attended the Military Dependents School there. Upon returning to the United States, he attended Alan Hancock Community College majoring in Phys Ed. He served in The Army Reserves Apr. 1964 to May 1968. He then attended Logan Chiropractic College, Graduating with his Doctorate.

He is survived by his wife Cynthia Osmer. He was married four times. His first wife Edwina Forester bore him two children, Sharyn Main and Jim Main. His second wife Joyce Ninen, bore him two children, Lauri Ataide, and Darryl Banks. They produced three granddaughters that he adored. Sydney Michelle, Jordan Ataide, Paxton Ataide. He had two great-grandchildren from Sydney, Logan the Joy of his life and little princess Brooklyn.

Lary's third wife was Nancy Sheldon, Lary was stepfather to David Sheldon and David adored him.

Lary was a member of Rotary in Washington State, where he had a Chiropractic Practice. And his was a Paul Harris Fellow. He was an avid skier for many years and his buddies loved playing with him on the slopes. But golf was his avocation, winning the trophies for Best Golfer at the Sun City Roseville, CA and at Sun City Mesquite, NV. Lary was the guy that everyone loved Man and Woman alike. His smile was intoxicating, and he was forever sharing his stories. He will be terribly missed by so many.

A Celebration of Life will be held at Oasis Golf Club Friday. February 11th, at 4:00 p.m.
To order memorial trees in memory of Lary Clarke Banks, please visit our tree store.