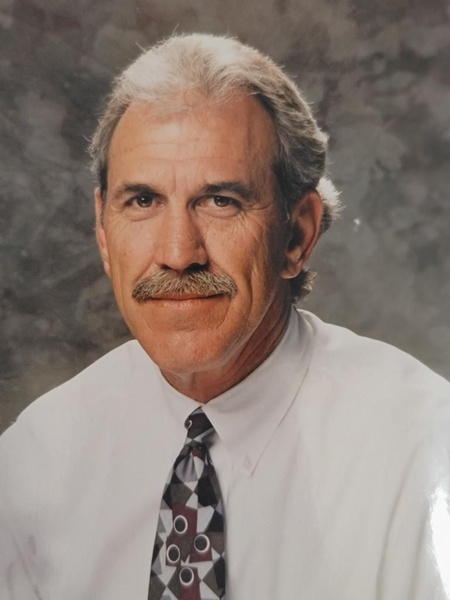 Leon, known as Butch, was born and raised and lived in Phoenix, Arizona, and then Surprise, his entire life. He was a true Arizonan, spending many days and hours on Mingus Mountain near Prescott as a child, youth and adult, with his family of origin. Several years ago he moved to Surprise to be close to his children. He lived there until his death, closest to the people he loved.
With his parents, V. Leon Cooper and Minna Louise (Bobbie) Cooper, and his sisters Marjorie Suzanne and Nancy Jane, Butch lived in west Phoenix across from Nelson's Swimming Pool. There, at Grandview School, and First Baptist Church, He made hundreds of friends in those years and later, when he worked first as a salesman and later as a fleet leasing manager at Childress Buick, where he finished his successful career. About the time of his retirement, he started experiencing serious chronic physical conditions that caused severe pain and discomfort, slowing him down but not stopping him from daily life. Through all this, he never complained and maintained a happy attitude.

Butch's greatest and most abiding successes are his children and grandchildren. All are very successful, contributing members of society. His second wife, Cindy and their children Jennifer Langford and Jennifer's husband Phil Langford, Layne Cooper and Kyle Cooper, have cared for him selflessly and lovingly, as he cared for them. Travis (Tree) Cooper, his child with first wife Patricia, lives in Colorado with his family and serves as a pastor of a Baptist church. He also leaves his grandchildren, Lauryn and Madisyn Langford, and Anna, Joshua, and Daniel Cooper; and his sisters, Suzanne Cooper and Nancy (and Fred) Bennett. Several nieces and nephews admire and will miss him as well.
To order memorial trees in memory of Leon (Butch) Cooper, please visit our tree store.
Send a Sympathy Card