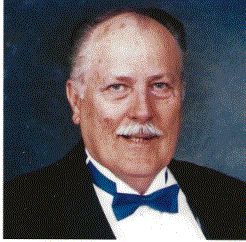 The journey started on November 17, 1933, when Leonard Poston Powell was born in Sacramento, CA to Marion Kent and Gladys Marie (Poston) Powell, where he joined his two older brothers Donald and Robert(deceased). Leonard graduated from C.K McClatchy High School in 1951. After graduation he married high school sweetheart Dorothy Miles and joined the Navy as a pilot cadet. Leonard and Dorothy expanded their family with sons Bradley Stephen in 1953 and David Bryan in 1955. This marriage ended in 1958.

Leonard moved to the Los Angles area and worked in many different jobs, but spent over 20 years working for the LA County Flood Control as an inspector. During his years in LA he married twice more, the last being to Sylvia Gayle (Pritchard), in 1978. Their marriage lasted 41 years until her passing in June of 2019. He was a loving stepdad to Sylvia's three children George, Janie (both deceased) and Deanne Bray-Kotsur (Troy). During his time in LA, he continued his love of flying, owning several different planes and flying all over North America. In addition to his day job he started his own small vending business.

Sylvia and Len moved to Bellingham, Washington in 1978, where continued to pursue his free spirit and purchased a 50ft commercial fishing boat. For the next 5 years he worked the waters off southwest Alaska and western Canada. During his free time, he sold real estate and started another vending machine company. Over time the vending business grew, and that is where he concentrated all his efforts, he worked the vending business well into his seventies.

Before retiring he started researching his ancestry, this took him to travel the US and Great Britain in search of the family history. He found great joy in locating new family members, sharing time and stories. He was a hometown fan of his sports teams, the Dodgers and Lakers in LA and the Mariners and Seahawks in Seattle. During his travels after retirement he went to every major league baseball park. He and Sylvia enjoyed travel and sailed through the Panama Canal.

His journey in this world ended, passing peacefully in the early morning hours of May 29, 2020. Leonard lived and enjoyed his life to his fullest capacity. He will be laid to rest at the Tahoma National Cemetery in Kent WA. Services will be private due to the current issues surrounding COVID 19.
To order memorial trees in memory of Leonard Poston Powell, please visit our tree store.
Send a Sympathy Card