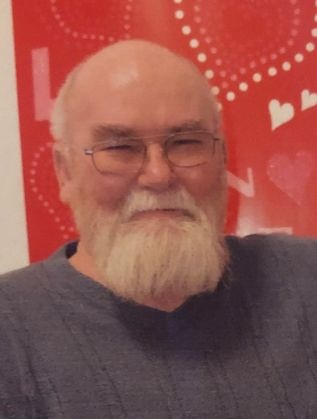 On Wednesday, November 11, 2020, Leslie "Vaughn" Brune passed away peacefully at Home in Thorndale, Tx at the age of 78.
Vaughn was born on January 20, 1942 to Leslie Leo and Audrey Joan Rolan Brune in Houston, TX.
He graduated in 1960 from Lexington High School and joined the Army Reserves in 1964.
Vaughn married Dorothy Deicke, the love of his life, August 22, 1964 whom survives him. They celebrated 56 years of marriage this past August. They began their life together in Houston Texas and later moved to Thorndale in 1986 to be with his Mother after his Father had passed away. He loved living on their home place. He is also survived by his sons Mike and wife Gretchen of McDade, TX; Matt and wife Melissa of Caldwell, TX; daughter Lesley of Thorndale, TX. Grandchildren – Cassidy and Harley Brune, Brittanie Seals, Ryan Green and Madison Kelm. Great Grands – Annie, Makenna and Brianna Seals. Sister Sharon and husband Butch Biggs of Wimberley, TX; brother David Brune of Thorndale, TX. Sister in laws - Gloria and husband Bob Webb of Brownsville, Tennessee; Debbie and husband Vernon Ward of Wimberley, TX; and several nephews and nieces and their families. Vaughn was preceded in death by his parents Leslie and Audrey Brune, father in law William Deicke and mother in law Lonie Baker.
Vaughn's career was driving an Eighteen wheeler where he owned and operated Brune Trucking and at one time had up to Five trucks/drivers. His truck CB handle was "Booger Red," in which his latest dog was namesake. His dream was to get his "Old Pete" running again to take to truck shows. But what he loved was racing with his brother in law and friends and as years went by, with his children. He was very well known in the Houston area. He worked very hard and purchased his ARCA race car in the 80's where he raced it at Daytona and Talladega. He was a very good Race Car driver and impressed many in the Racing Circuit. Through the years he enjoyed watching NASCAR, Wheel of Fortune, Price Is Right, Family Feud, and Let's Make A Deal. He enjoyed doing his word find books at home. He loved visiting with his neighbors and sitting on his front porch. He enjoyed spending time with his family and especially his grandchildren, who loved their GPa dearly. He loved watching his youngest granddaughter, Madison, play Softball and watched her and her team make it to the State Playoffs in 2019. He never missed a game. They enjoyed going to the First Shiloh Baptist Church especially when they had "dinner on the grounds". He was loved by so many of his Church Family and Friends. He loved riding around his collection of salvage trucks on his gator with his dogs. He loved going to his Family Reunions and never missed an opportunity to help out as needed. He loved Family gatherings and was so proud of his children and grandchildren. He loved animals and has missed his dog Trooper who passed a few years back and he was looking forward to seeing him again in Heaven. He was never shy to tell you a story of his trucking days and racing.
The celebration of life will be held November 21st, 11 am at First Shiloh Baptist Church: 100 CR 481, Thrall, TX. The services will be held outside, so please bring a chair. Memorials can be made to First Shiloh Baptist Church in his name.