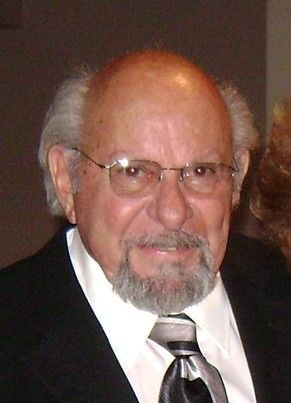 Louis James Placanica, 90 passed away February 28, 2021 In Fresno California. He was born in Freeport, Pennsylvania on July 17, 1930 to Luigi and Kathryn (DeBlasio) Placanica. He was a 1948 graduate of Freeport High School and joined the U.S. Air Force shortly after his 18th birthday that year. As a trombone player in the U.S. Air Force Band, Lou was able to travel the world as they say. He was sent to San Antonio, then England. While there he traveled to France and Italy where he located some of his extended family. It was at Burtonwood AF base in England, where he met his former wife, Joan.
They lived in London then transferred to the United States, living in Florida and Louisiana. In 1956 he received an Honorable Discharge from the US Air Force at Barksdale Air Force Base near Shreveport, Louisiana where their only child, Roxanne was born.
While in Shreveport, Lou worked for the First National Bank and later at Graybar Electric Company as a salesman. During that time he became a member of the Elks, Masons, and Shreveport Musicians Union. He performed in summer concerts at Centenary College and he and a friend formed a dance band, The Lou Charles Orchestra.
They took many vacations, mostly to Hampton, Virginia where his family lived. It was during those trips that his uncles encouraged him to move to Virginia and go into the restaurant business as each of them had done. So in 1965 that is what they did. From 1966 until 1981 Lou operated the Blue Marlin Restaurant at the Waterview Motel, Lou's Restaurant in Buckroe Shopping Center, and managed the NCO Club at Ft. Monroe. He took a short break from the restaurant business in 1969 and 1970 working for Deep Sea Ventures. He spent several months in the Pacific Ocean on a research vessel sailing between San Diego and Hawaii.
Lou and Joan divorced in 1973 and Lou moved to California in 1982 where he was the manager of the CPO Club at Lemoore Naval Air Station. It was in California that he met Ann Salas his love for the last 37 years of his life. Lou worked at the Naval Air Station until his retirement. He didn't settle into retirement with ease, so he took on a part-time job as a driver for Budget Rental and then later with Keller Motor in Hanford. He loved taking day trips and saw a lot of California while doing so, sometimes taking Ann with him when he traveled.
Amongst his travels he went to Italy two more times with his cousins and once with Ann. He and Ann spent a week in Hawaii with his daughter Roxanne and her husband Tommy. On one of their trips to Virginia, he and Ann were able to drive back across the country to California, making a few stops along the way to visit a few friends and family.
In addition to traveling, Lou had a love of music which he passed on to his daughter, Roxanne. He also enjoyed cooking, daily crossword puzzles, reading, sports, spending time with family and friends. After retirement he also enjoyed watching spaghetti westerns, "going to the office" as he called it – meeting his friends for coffee.
His daughter, grandchildren and some of his great grandchildren visited him and Ann in California through the years where she and her family always welcomed them as family. He loved taking each of them sightseeing to beaches, historic places and his favorite place Yosemite.
Lou was preceded in death by his parents, Luigi Placanica and Kathryn DeBlasio Placanica, his step-father Clarence Cody, his sister Catherine Placanica (Dolly), his former wife Joan Placanica, and his uncles James DeBlasio, Joseph DeBlasio, Larry DeBlasio, and Don DeBlasio.
Lou is survived by his partner, Ann Salas; his daughter, Roxanne Liakos (Thomas); three grandchildren Jennifer Pendleton (Andy), Nicholas Liakos (Katie), Caitlin Liakos; five great-grandchildren Thomas, Joseph, Kathryn, Olivia, Evelyn and several cousins and their families. In addition Ann had 7 children that deeply loved and admired him. He will be missed greatly.
A service with military honors will be held at a later date.
To order memorial trees in memory of Louis James Placanica, please visit our tree store.