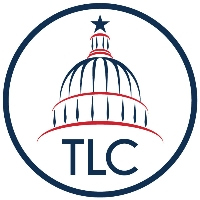 Mark Shaffer passed away Sunday, April 24, 2022, while visiting close friends, David and Suzanne Schlichter of Camden, North Carolina. Mark was born in Scranton, Pennsylvania on August 28, 1955.  He will be interred on Friday, August 26th at 9 am at the Central Texas Veterans Cemetery – 11463 SH 195, Killeen, TX 76542. An unconventional Celebration of Life memorial service will be held in his honor on Saturday, August 27th starting at 2 pm at Heroes Night Out facility – 1150 S. Bell Blvd. Cedar Park, TX 78613 (come as you are – casual attire).

Mark is survived by his wife of nearly 37 years, Debra Seale-Shaffer of Round Rock; his sister Denise and her husband, Roger Jaynes of Jessup, MD; aunts Jean Ogden of South Canaan, PA, Joan (Wargo) Shaffer (James' wife)  of NC, Elizabeth "Betty" (Thomas) Shaffer (Russell's wife) of Gravity, PA; surrogate family Rodney and Elaine Barneycastle of Douglass, KS; in-laws Bill and Cindy Seale of Killeen and their two sons – Kevin of Killeen and James of Copperas Cove; Carol Seale formerly of Belton but recently residing in Round Rock; Howard (Buster) and Shauna Seale of Belton and their children Matthew, his wife Haley and their two son’s - Jackson and Stetson - of Joshua, Nathan of Belton and Sarah of Temple.  Mark is preceded in death by his parents, Jerry and Vera Shaffer of Cumberland, MD; grandparents Hartford and Ronna (Shaffer) Reed, Loren and Rena (Keil) Shaffer; uncles Walter "Scottie" Ogden (Jean's husband), Ronald and his wife Lois (Miller) Shaffer, James Shaffer, Russell Shaffer, Dean and his wife Mae (Williams) Reed; in-laws Bill and Louise (Jackson) Seale of Belton and Marie Seale of Killeen.

As a young man Mark was very active in DeMolay reaching the highest level of youth leadership in the organization – Master Counselor.  In high school he was a wrestler and as an adult he refereed wrestling for a short period of time.  He learned to square dance as a child and continued as an adult.  He dabbled in square dance calling but grew to really enjoy round dancing.  He became a round dance cuer and was a member of Roundalab for more than a decade.  He was an avid woodworker, enjoying everything from turning a pen to building furniture.  He was a member of the local International Brotherhood of Magicians (IBM) Ring 60 and attended the Texas Association of Magicians (TAOM) convention every Labor Day weekend for the last 12 years.  He loved books, he was rarely caught without one. He would read nearly any subject matter, including math books, physics and encyclopedias, as he said, "just for the fun of it".   He would go horseback riding or motorcycle riding any chance he got. He was known to help friends, family and sometimes even yet to be friends do whatever they needed done, like building a flight pen, pouring a grain silo foundation, enclosing a patio or putting on a new roof.  Mark never shied from hard work or a challenge.

He started his full-time working career at the early age of 16 working construction for Burkey Smith in Cumberland MD. After that he drove a delivery truck for a local bakery.  Then installed siding for Rusco Siding until he enlisted in the army.  He served from 1975-1995 in the US Army. Initially in the Army Security Agency (ASA) then continuing as the mission was turned over to the United States Army Intelligence and Security Command (Inscom) for most of his career, all of it in Signal Intelligence. He was especially proud of his time in ASA, as during training it was well known that only a third of the class would complete the training.  During his army career he earned 3 Meritorious Service Medals, 4 Army Commendation Medals, 3 Army Achievement Medals, among many others, including the German Schuetzen Schnur for marksmanship. His duty stations included Ft. Dix, NJ, Ft. Devens, MA, Ft. Bliss, TX, Ft. Hood, TX, Kunia, HI and a cumulative 10 years in Augsburg, Germany. He met Debra Seale while stationed at Ft. Hood, TX and married her June 8, 1985.  They spent the rest of their lives together expanding each other's world.  While stationed in Augsburg the second time, he completed his bachelor’s degree in Computer Science and Management from the University of Maryland, European campus.  He loved to travel and took full advantage of his time in Europe traveling to France, England, Italy, Egypt, Switzerland, Austria and other foreign destinations.  He enjoyed traveling just as much in the US visiting several states.  After retiring from the military, he continued public service working 22 years for the Texas Legislative Council (TLC) as a programmer analyst where he was involved in countless system upgrades, replacement of Lotus Notes, conversion from mainframe to client/server applications.  He was a valued member of the team and served both House and Senate chambers equally well. He was a bit of a workaholic, frequently taking on second jobs like H&R Block or retail sales with the Army and Air Force Exchange Service (AAFES).

Mark was the best husband I (Debra Seale-Shaffer) could have ever wanted.  He always had my wellbeing and interests as his priority.  He was a very good fur-baby Dad; the first piece of furniture in our home was a custom built, floor to ceiling, tunnel across the top wall to wall scratch post for our cats.  He will be greatly missed and eternally loved.

In lieu of sending flowers or plants, the family requests donations be made to charities of giver’s choice.