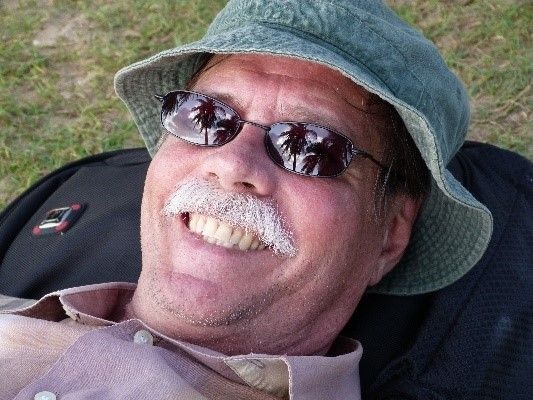 Mark was born in Salt Lake City, Utah in January of 1954 and became a lifelong student, teacher, and counselor whose impact has spanned several decades across the globe. Mark began his work life as an electrician. He was proud of those skills and used them his entire life as his family and friends can attest. He was a dreamer, deep thinker and a doer. His mind was open and his convictions were fierce. He had depth that was both wise and youthful.

Shortly after getting his degree in English and History from Whitworth University, he accepted a teaching position in Damascus, Syria where he worked at the Damascus Community School for four years. He returned to his hometown, Salt Lake City to continue his education at the University of Utah and shortly after received his Masters Degree. He worked at Hunters Junior High for three years before returning to his home of choice, the Pacific Northwest. He worked at Spokane Mental Health, ESD 101 and Bancroft High School inspiring students for 15 years before he indulged his passion for travel again and created the counseling program at Shanghai Community International School. He worked both as an IB Psychology instructor as well as a counselor for middle school and high school. The majority of his 67 years were spent working as an educator and counselor making life better for his students and the people who sought his help.

Those that knew him well knew he was also a builder. He envisioned, then mapped out and created all kinds of home projects that he designed to delight, and make life easier for, his wife whom he cherished and his dear family. With his infinite creativity and focus, he brought to life many awe inspiring and useful projects from a waterwheel, to a playhouse for his daughters and then one for his granddaughters, and toward the end of his life, a bridge that was nothing short of breath taking.

It is fitting that a suspension bridge be his last and finest achievement. He has left this life having finished it well, enjoying and sharing the fruits of his labor, leaving a better world in his wake.

Thank you for all you have done for us here. You can cross in peace. We will see you on the other side. We love you.
To order memorial trees in memory of Mark Theron Wiser, please visit our tree store.
Send a Sympathy Card