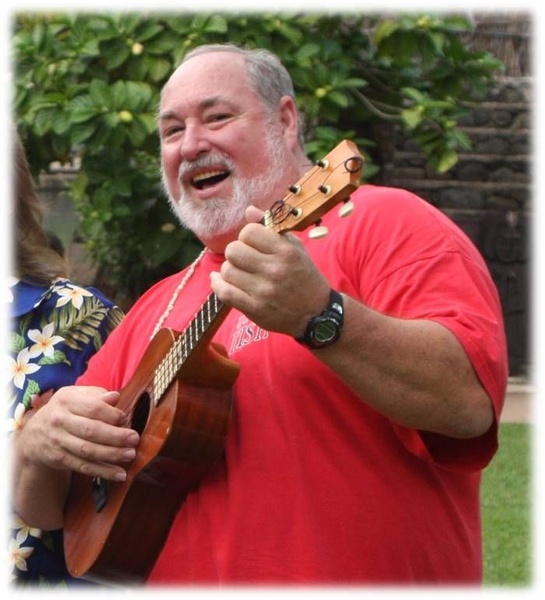 Michael John Richardson went to heaven on July 25, 2021 at the age of 70, at St. Peters Hospital in Olympia, Washington.
Mike was born to Britt Marie and Robert Edward Richardson on November 29, 1950, in Los Angeles, California. He grew up with 3 brothers and a sister. The whole Richardson Family was in scouting and his parents were scout leaders. Mike was a Boy Scout and achieved Life Scout. He graduated from La Puente High School in 1968 and served as a Reserve Officers Training Corps (ROTC) Cadet. After high school, he joined the U.S. Army in January 1969, and survived two tours to Vietnam where he lost his leg to a land mine in 1970 within the first month of his second tour. After his honorable discharge from the Army in 1971, reaching the rank of Sergeant E-5, Mike joined the workforce in a San Francisco at a bar then got a job as an industrial fan salesman.
He met and married Deanna Hassing on October 28, 1972, and together they raised her beautiful daughters, Anna Bracey and Kitty McMullen in Presidio, San Francisco and San Diego, California. Mike settled into a trucking job there delivering pottery. In 1975, they moved to West Olympia and lived with Deanna's parents. By 1978 they bought a house in the Thompson Place area of Lacey. Mike began driving truck delivering Mail. He continued with the post office hauling mail between Tacoma and Portland where he got the handle of "Pony Express" and then long-hauled lumber from Olympia/Seattle to Las Vegas, Lake Tahoe and Los Angeles. Mike switched to a local job driving for Cascade Materials in Olympia then Central Redi-Mix and at last Cal Portland.
In 1982 Mike adopted Anna and Kitty but by 1984 Mike and Deanna separated and later divorced in 1988.

Mike met the love of his life, Stacy Simpson, in 1990, when they were volunteering at the Olympic Wildlife Rescue Center in McCleary. They mutually enjoyed a lot of activities; scuba diving, softball, volleyball, skiing, and travel. In January 1992 Mike took Stacy to Cabo San Lucas Mexico, their first of many adventurous international trips. Mike and Stacy got married on Valentine's Day, February 14, 1994, and were soon delighted with the birth of their son, Anthony Michael Richardson, on July 21, 1994. On October 7, 1997, Mike and Stacy were elated at the birth of their second son Andrew John Richardson and by August 1998 they bought and moved into their Mullen Road home. Mike and Stacy continued their travels with their boys every year going to Hawaii or Mexico and a ski vacation.

When Tony was in elementary school, Stacy wanted to enroll him into Cub Scouts but Mike didn't want to. He told Stacy, "You have no idea how much time and effort it takes to be involved in scouting, It's not just a once a week meeting". The next year in 2002, Stacy enrolled Tony in Cub Scouts as a Bear scout against Mike's wishes. Within a month Stacy was Tony's den leader and the scouting fun began.
Two years later, Andy joined as a Tiger Cub and Stacy was his den leader. Once the boys crossed over to Boys Scouts, Mike became more and more involved in Scouting and they connected with Olympia Troop 48. Mike was Scoutmaster Dave's right-hand man and they loved to sing together on all the camp outs. In 2009, Mike and Stacy bought the troop trailer and Mike became THE driver for ALL their campouts; including fun family camp New Year's Days at Camp Sheppard, Conclaves in Oregon and Alaska, Super trips with Venture Crew to locations across WA, OR, ID & CA. Mike helped make things happen for the troop by collaborating with people and sourcing materials for projects. He was involved with the Order of the Arrow and supported Tony and Andy with their Eagle Projects along with many other scouts. Mike received many Mentor pins at Eagle Courts of Honor. Mike helped the scouts with their Eagle projects, building many in his shop and finding supplies as needed to make it happen.

In 2010, Mike was diagnosed with an autoimmune disease, Ocular Cicatricial Pemphigoid, whose treatments damaged his heart and led to open heart surgery, receiving a new pig heart valve in 2011. Mike retired from driving ready-mix truck at Cal Portland, and after recuperating, took on even more adventure with Troop 48 and the OA.
Mike's email address was DriverT48 for a reason. He always made himself available to drive to scouting events and even bought a trailer to haul gear with an 8 passenger Suburban. After the boys became Eagle Scouts, Mike continued going on virtually all the troop activities. When Tony and Andy joined the Order of the Arrow (OA), the national honor society of scouting, Mike rejoined the OA. He volunteered to take scouts and gear to OA conclaves in Washington and Oregon. He stored the ceremonial gear at his house and hauled it to all the OA events. Mike was instrumental in planning and building the new ceremonial site at Camp Thunderbird. He made and stored the human foosball court, gaga ball pit, corn hole game boards, and the ladder golf game. He also donated a boat to the Sea Scouts. Mike has been active in scouting since his oldest son joined Boy Scouts and was literally dedicated to it for the rest of his life. Mike will be sorely missed by all who knew him.

Mike is survived by his wife Stacy Simpson, his sons Tony and Andy and daughters Anna and Kitty. Also surviving are siblings and in-laws, Don & Freddy Richardson, Ron & Aileen Richardson, and Ed Richardson, 4 Grandchildren and many nieces and nephews. Mike was preceded in death by his parents Britt & Robert Richardson and sister Monica McGuire.
To order memorial trees in memory of Michael John Richardson, please visit our tree store.