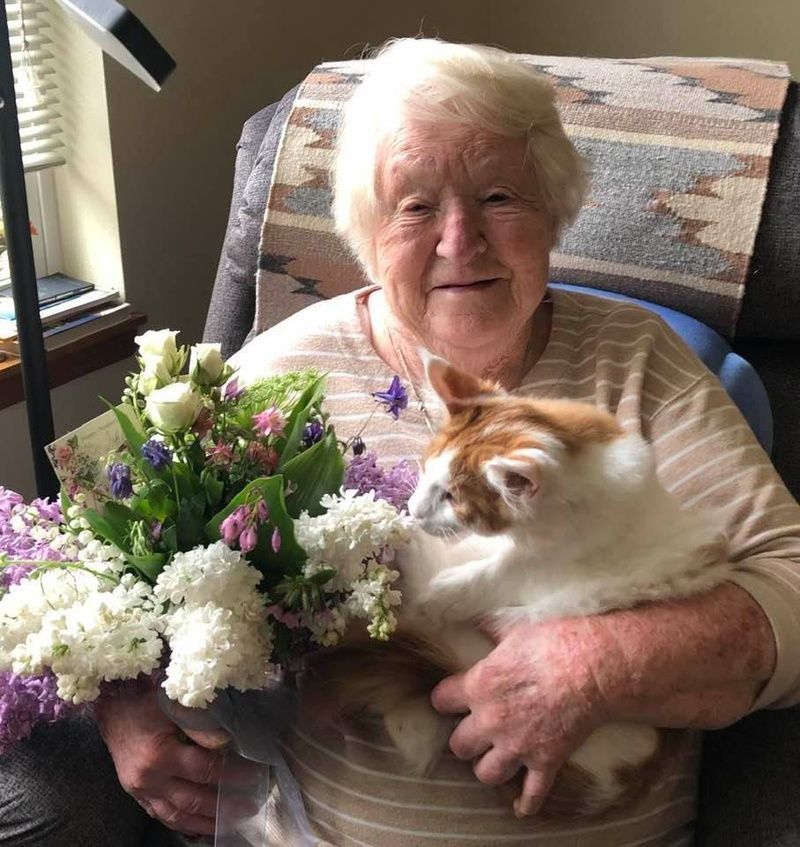 Nancy Jean Forrey Stochosky, born on May 17, 1929, passed to her well-earned eternal reward on August 20, 2021 at 92 years. She was born in Halfway, OR, moved to Cloverdale 2 years later and then to Portland, OR when she was 12 years old. She was the youngest child of Ira Huber Forrey and Aldwyth Elaine Ewell Forrey. She graduated from Washington High in Portland, OR where she was a member of the swim team and the National Honor Society. At the age of 14 she declared to her diary that she just meant the man she would marry -- Robert George Stochosky. She succeeded at this task on September 6, 1948 at St. John's Catholic Church in Milwaukie, OR. They remained steadfastly devoted in marriage until his passing on March 3, 2017. Milwaukie, OR was her home for 30 years while she raised her seven children. Then, 20 years In Sandy, OR where she and Dad had a Kalmia nursery, Christmas tree farm and summertime life education center for many grandchildren. After their 50th wedding anniversary, they retired to John Day, OR, and finally circled back to Portland for the last 7 years where she resided at Villa St. Margaret.

If Mother wants something, Dad used to say, you might as well not argue, because as sweet as she was, she would eventually have her way. This attribute stood her well in raising seven children. Her early years of marriage were spent in cleaning, gardening, harvesting, canning, freezing, sewing, cooking, endless piles of laundry and wisely budgeting dad's paycheck. Once the youngest was firmly on her way, Mom was able to turn her energies to ski patrol, horticulture classes, and becoming one of the foremost kalmia suppliers in the Western United States. Despite her love for all things green and growing, Her greatest joys where her children, grandchildren and great grandchildren.

Nancy is survived by her sister, Patricia Hicks, five of her seven children, Barbara Mendrey, Diane Tiller, Margaret Stochosky, Marie Anderson and Karen Kettner. She is preceded in death by her husband, Robert, and children Rita and William. She has 23 grandchildren and 33 greatgrandchildren.

Funeral Mass will be at St. Anthony's Catholic Church on SE 80th in Portland, Or on September 9, 2021. A Celebration of Life will be held outdoors in Bridal Veil, OR on September 11, 2021.
To order memorial trees in memory of Nancy Jean Stochosky, please visit our tree store.
Send a Sympathy Card