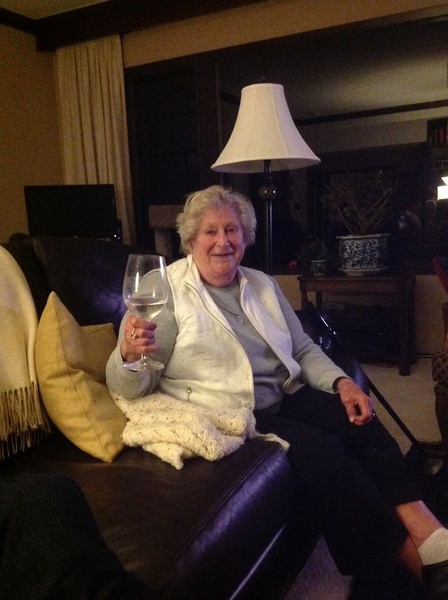 Patricia Kennedy Lenz was born on August 26, 1931 in New York City, NY. She passed away peacefully on Monday, May 18, 2020. Patricia was a resident of Pleasanton, California. Patricia married Sgt. Herbert Spencer Lenz on July 7, 1951 in Great Neck, NY.

The couple had three children Steven James (1952-2018), Katherine Mary, and Dianna Joan. Patricia is survived by her sister Joan Britt, daughter-in-law Victoria Lenz, son-in-law Donald Dains, and surrogate daughter Patricia Velotta. She leaves behind 9 grandchildren, Jennifer, Darren, Jim, Jeff, Steve Jr., Peter, Christine, Brittany and Cameron. She also loved her extended family of nieces, nephews, and cousins and great-grandchildren that are scattered all over the country.

Her childhood was spent in Great Neck, NY. After the marriage to Herbert, he was sent to Korea with the Marine Corps. She moved to California in 1952 where Steven and Katherine were born, they were re-stationed to Opa Locka Florida in 1956 where Dianna was born. Then back to California for the remainder of her life. She and the children spent there early years growing up in San Francisco with the 40th Avenue gang.

She will be remembered as a wonderful, caring and generous person. She had many friends where she lived and loved to play mahjong and keep up on Facebook.

Our hearts are broken. We will miss her. A party will be held in her honor at some time in the future.
To order memorial trees in memory of Patricia Kennedy Lenz, please visit our tree store.