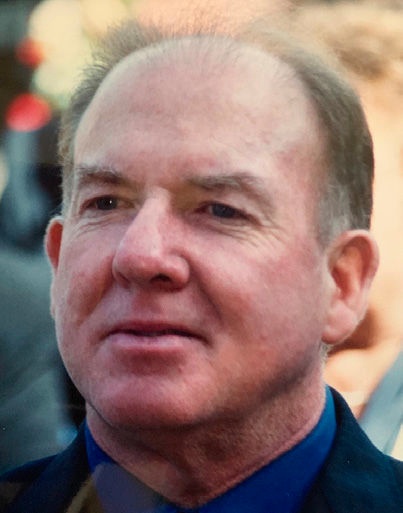 On April 22nd, 2021 Paul Edward McGloin, 70, peacefully passed away in the comfort of his own home in the Sunset District. May his Angel lead him to the heavenly light and be reunited with his family.
Paul is survived by his loving son Francis McGloin, Francis' mother Lupita, sister Monica Castaneda, nephew Daniel Castaneda and niece Katya Castaneda, and great-uncle to Diego and Dario Castaneda. He was preceded in death by his parents Frank and Peggy McGloin, his uncle Ed Schuldt and his uncles and aunts: Paul McGloin, Rev. Daniel McGloin SJ, Rev. John McGloin SJ, Sr. Genevieve McGloin, RSCJ, Srs. Mary Eleanor and Mary Aloysius McGloin of PVBM.
Paul was a graduate of St. Anne's grammar school, where he was a star athlete. He continued his baseball career winning the 1962 SF Recreation Midget Championship. In 1965 Paul made the Varsity Baseball Team at St. Ignatius High School as a freshman. He was a crafty southpaw, pitching in the 1968 Championship game for Lincoln High School, from where he graduated. In that same year he was drafted by the Baltimore Orioles but he eschewed the offer and took a four year scholarship to Idaho State University, Pocatello. He was a lifelong fan of the SF Giants and Oakland A's. Paul was also an active member of the Northern California Baseball Association for Umpires.
Paul worked for the City and County of SF as a Park and Recreation gardner and was the head gardener at Moscone playground, until his retirement in 2009. His love for travel was incomparable as he traveled the world with Mexico being his favorite destination. Paul was a faithful volunteer for the St. Vincent De Paul Society. He will be sadly missed by his friends and family. At the family's request a private service will be held at a later date.
Donations in Paul's name may be sent to: St. Vincent De Paul Society of San Francisco, 1175 Howard St., San Francisco, CA 94103.
To order memorial trees in memory of Paul Edward McGloin, please visit our tree store.
Send a Sympathy Card