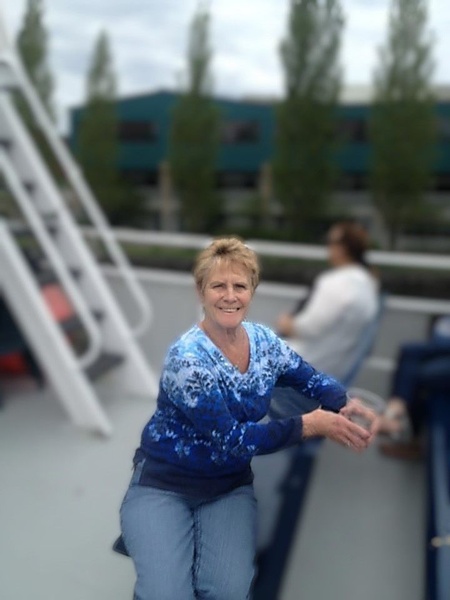 On Saturday, January 23, 2021, Peggy Lorraine Fisk Lighfoot passed away at the age of 78 in her home in Moses Lake, WA.

Peggy was born November 27, 1942, in Dayton, WA, to Beryle Udell Fisk and Josephine LaVerne Cobb. She had one brother, Leland Carroll Fisk. She was raised in Waitsburg, WA, and graduated high school in 1960. On May 26, 1960, she married Jerry Leroy Lightfoot. They raised a son, Kurt Leroy Lightfoot, and two daughters, Lorrie Anne Martin and Dawn Renee Briley. They moved to Walla Walla where she worked and retired from the Walla Walla School District. She worked as an educational assistant and special education reading teacher for K-6th until retirement. She moved to Moses Lake WA in 2005 to be closer to her daughters and grandchildren.
Peggy was known for her quick wit, taste in fashion, her infectious smile, and her kind and loving spirit. She had a great love for outdoor activities such as boating, fishing, skiing, snowmobiling, and spending time camping in the mountains. She made many trips and memories with her family to the ocean, her favorite place. Above all, her family was her biggest passion.
Peggy enjoyed puzzles, games, and anything to keep her mind busy. She was crafty and tough. She could kiss her kids and scold them with the same lips. She was a great mom, daughter, sister, and grandma.
Peggy was preceded in death by her father, Beryle Udell Fisk, her mother, Josephine LaVerne Cobb, her brother, Leland Carroll Fisk, and her son, Kurt Leroy Lightfoot. She is survived by her daughters, Lorrie (Juan) Martin and Dawn Briley, by her niece, Monty (Steve) Cooper and their children, Logan and Dylan, by her niece, Lisa (Felix) Fisk Marley and their children, Shelby, Audrie, and Sadie, by her nephew, David Fisk, by her nephew, Lonnie (Teri) Lightfoot, their children Todd and family, by her nephew Rick (Patty) Lightfoot, their children Sherri Ray and family, Carrie Jasperson and family, By her sister-in-law, Sandy Lightfoot and their children Lianne Lightfoot and family and Lisa Muldoon, by her grandchildren, Janie Stevens, Gabe Martin, Angela (David) Hernandez, Aaron Martin, Amanda Martin, Buck Briley, Mindy Briley, and Ashley (Drew) DeLay, and by her great grandchildren, Cheyenne Marlow, Drake Stevens, Cole Stevens, Victoria Hernandez, Natalie Miramontes, Adianna Hernandez, Ezekiel Hernandez, Malakia Martin, Nya Martin, Kameron Martin, Aiden Martin, Zoey Hanks, Tucker Hanks, Mersadies Briley, Lillyanne Briley, Taylor DeLay, and Shane DeLay.

In lieu of flowers or gifts, the family asks that donations be made to the American Kidney Association or American Lung Association.
To order memorial trees in memory of Peggy Lorraine Lightfoot, please visit our tree store.
Send a Sympathy Card