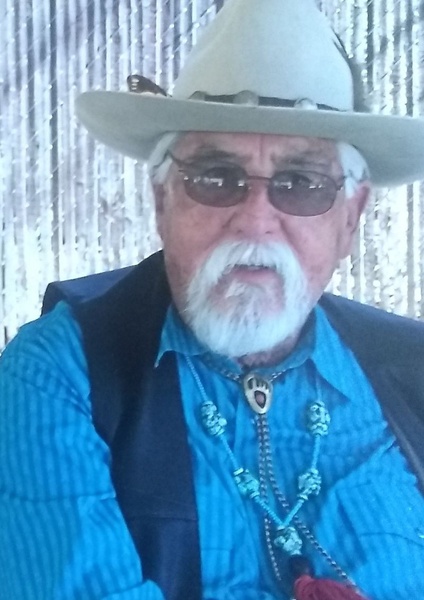 Also known as "Sonny or Sonete", Ray was born to Raymundo Rodriguez and Nasaria Montoya Garcia on September 19, 1941 in Oatman, AZ. He lived with his grandparents, Valentine and Andreita Montoya in Hurley, NM through the age of 11 when he moved to Los Angeles, CA to be with his mother. He traveled, routinely, between New Mexico, Arizona and California as a teenager, which continued throughout his life. Soon after his 17th birthday, Ray enlisted in the U.S. Marine Corp and served 4 years. After his discharge, he met Martha "Marti" Rodriguez in Tucson, AZ. They married and had one child, Noell. They lived in Tubac, AZ where he worked as a barber alongside his brother, Albert and cousin, Raymond Aguilar in Nogales AZ. In 1979, he returned to Bayard, NM with his wife and child. Following his divorce in 1988 with Marti, he began a journey into sobriety and the Red Road. He enrolled at University of Arizona and obtained a degree in Latin-American studies, with a minor in Spanish. Upon graduation, he moved back to California and attended California State University-Fullerton where he studied social work, linguistics, and dialects. Following his spirit, he began work as a social worker in Santa Monica, California and continued social work until his retirement. Throughout the years, he was a faithful member of the AA Little House Community in Tucson and dedicated his life to working with homeless veterans, behavioral health rehabilitation, and prayer. He became a warrior, dedicated to service and prayer in the community. He was a Sun Dancer, Bear Dancer, and Gourd Dancer praying for healing for his family, community, and world; past, present and future. In approximately 2004, Ray embarked on what he considered a simple project, to document the genealogy of his mother's parents. As the years came and went, he continued to write and document his family's history along with corresponding world and celestial events. His writings are a treasure of stories, documentation and a reflection of who he was and who he was meant to be. Unfortunately, his plan to publish was interrupted by his physical passing and will be carried out by his daughter and grandchildren.

Ray prearranged for cremation and will be interred at the Arizona Veterans Memorial Cemetery in Marana, AZ, later this year. A gathering will be held to celebrate Ray's life at 11 am on Saturday, February 5, 2022 at Sanctuary Cove located at 8001 N Scenic Drive in Tucson, AZ. This is an outdoor venue in the Tucson Mountains, so please wear appropriate shoes and sun wear. In lieu of flowers, the family has requested that donations be made to sonetespeaks.com/donate to assist in publishing his writings.
To order memorial trees in memory of Raymond Montoya Rodriguez, please visit our tree store.