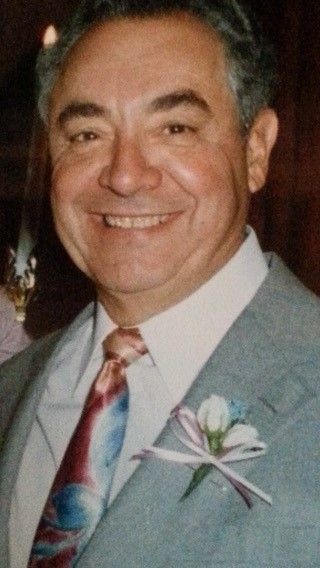 Raynold Earl DeLuca Senior passed away in the middle of the night on
the twilight hours of September 3, 2021. He was accompanied by a caretaker, daughter Kris and wife
Katherine, who now survives him.

Ray was the youngest of six children, born July 2nd, 1927. His parents left Italy with his sisters
to pursue the American dream in Oregon, where he was born and lived out the entirety of his life.
Ray and Kathy were married 72 years and had four children, Kris, Carol, Kathy and Ray Jr.. He was
blessed to know his seven grandchildren, four great grandchildren, and even three great great
grandchildren.

Ray enlisted into the Navy as a young man, and retired out of a 35 year career with Pacific
Northwest Bell. He was an avid golf, tennis and organ player well into his later years, and he
would often host his neighbors playing cards late into the night. He was a thoughtful friend and a
social butterfly, taking care of his neighbors and friends, always looking out for a good time or a
good spaghetti dinner.

He loved to gather his family, in his home or at the Olive Garden, where they would frequently beg
their "Papa" to talk about stories of owning an ice cream shop, meeting "Gramma" just a few streets
away from where he grew up, or showing off his skating skills at Oaks Park Roller Rink. He will be
remembered for these stories, the belly laughter they brought, and the importance he placed on his
traditional family gatherings, no matter how large the group became.

Wherever Dean Martin and Frank Sinatra music is played, our Italian Papa's memory will be honored.
To order memorial trees in memory of Raynold Earl DeLuca Sr., please visit our tree store.