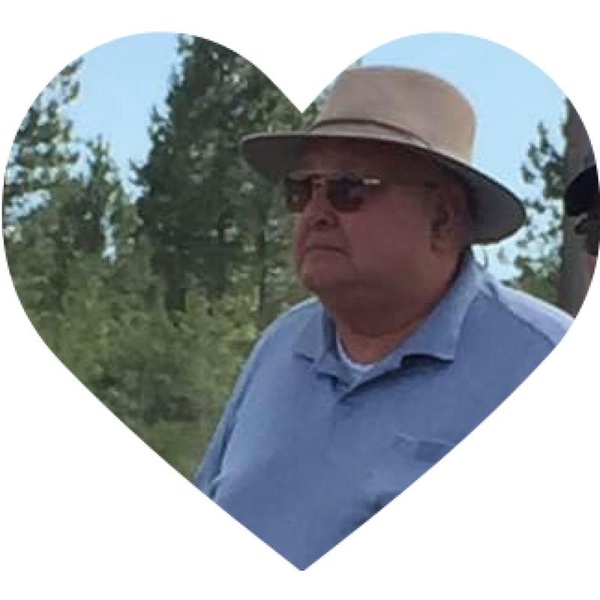 Richard Lumir Jirovsky( Dick) 78 of Chattaroy, Washington passed away peacefully on January 7th, 2021 at Multicare Deaconess Hospital.
Born on December 20th, 1942 to Lumir Jirovsky and Gladys Voss in Humbolt, Nebraska. Richard spent most of his childhood in the Eastern part of Nebraska. He moved to Scottsbluff, Nebraska, and meet the love of his life Sandra Rupp, which the two were married on July 26th, 1965. They welcomed 2 children Tabatha and Richard Jr. In 1978 Dick and Sandra decided to move their family to Oregon. In 1982 Dick & Sandra took on the role to work side by side. They ran motels at first and then managed the Cannon Beach Rv Resort. Dick would do maintenance work. In the summer you would see Dick and Sandra putting on Big BBQs for everyone at the resort. In 1998 Dick and Sandra moved to Post Falls Idaho to manage the Coeur d' Alene Rv Resort to be closer to their daughter and her family. 2010 he retired with his Sweets and moved to Chattaroy, Washington. Dick enjoyed retirement because he never missed a Portland Trailblazer, Gonzaga basketball games, or a Nebraska Cornhusker football game. If there wasn't a game on TV he was watching a good old western ( John Wayne). He also loved being in the kitchen with his love. Dick is survived by his wife Sandra of 55 years, two children Tabatha Dory of Post Falls, Idaho, son Richard L Jirovsky Jr.of Chattaroy, Washington, two grandchildren Brittany Francis (Christopher Francis) of Post Falls, Idaho, Grandson Casey L. Dory of Post Falls, Idaho, one great-grandson Gauge Francis, Sister Joan Mensch( Larry), of Pennsylvania, Brother Marvin Jirovsky(Mary) of Northfork, Nebraska, step-sister Colleen Allen of Lincoln, Nebraska. Dick is also survived by brother-in-law Ronald Rupp of Gering, Nebraska brother-in-law Gerald Rupp( Betty) of Gering, Nebraska and several nieces and nephews. He was preceded in death by his parents, stepmother Marjorie Heidtbrink, Big sister Louann Stuart, in-laws Dave and Mary Rupp, brother in law Harold Rupp, sister in law Joyce Rupp, sister in law Jodeen Rupp. As of this moment, there aren't any services being held. There will be a big BBQ this summer in his memory.
To order memorial trees in memory of Richard Lumir Jirovsky, please visit our tree store.