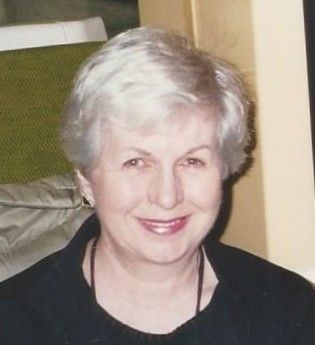 How lucky we are to have had someone that makes saying goodbye so hard.

Rita Elaine Dunn passed away peacefully on September 15, 2020. Rita was born to Paul and Hazel Rule on July 6, 1933 in Bellingham, WA. She lived her early years in Bellingham and Seattle, graduating from Roosevelt High School. She graduated from Western Washington College with a degree in Education and a minor in Art. In 1954 she married Roderick Dunn who led her on a life of adventure. In 1961 they moved to Sitka with their three young daughters. After a son was born in Sitka they moved north and lived in Anchorage, Palmer, and Talkeetna. Rita shared her love of learning with the hundreds of children she taught at Talkeetna Elementary School over 25 years. She treasured Alaska life especially summers at the family mine at Gold Creek, blueberry picking, fishing, and exploring the state. She learned to butcher moose, gut fish, drive a snowmachine, and live at -40 degrees. After retirement Rod and Rita moved to Washington, eventually settling in Ferndale. They built and renovated many houses during their 57 year marriage which Rita turned into warm welcoming homes. She was the family matriarch providing love, consistency, high standards, and stability for her family. Higher education for her children was expected, not an option. She was very proud that they all graduated college and became somewhat respectable.

Art was a passion for Rita throughout her life. She was happiest when she was creating something. Her paintings and textile arts brought joy to many. She also loved to travel and cherished her many international trips with family. She was always up for trying something new like dancing the cancan with Talkeetna's Gold Dust dancers, acting in local plays, running a 5k, and later embracing yoga. She advocated healthy eating but had a secret passion for desserts. Much to her family's chagrin, her cookies were often an experiment in how many veggies she could secretly include. She was a champion for the underdog, a proud progressive, feminist, and an environmental advocate. She could have been a flower child, except for her living standards. She supported startups focused on saving the planet. She was so looking forward to voting in November.

Rita's ashes will be buried by her family in a remembrance event at Talkeetna Cemetery next year. Her headstone will be elegant, fun, artistic, and creative, just like her. Donations in her memory may be made to The Western Washington University Student Emergency Fund https://www.vikingfunder.com/project/20461/donate
To order memorial trees in memory of Rita Elaine Rule Dunn, please visit our tree store.