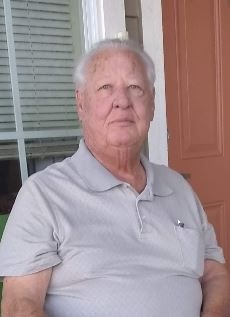 In loving memory of Bob he loved all of his children and grandchildren and they loved him.He and Sue had found their soul mates. Born February 13, 1943 in Spur, Texas, to Elizabeth Keen Gabbert and Truman Gabbert. Graduated from Ray High School and played on the winning Ray High football team. He was a manager for Zales Jewelers for almost 20 years. His years before retirement were spent on insurance sales. He was married to Sue Douglas Gabbert for over forty years.
Bob had two children—Robert B. Gabbert and Michele Gabbert Janowski—and two step children—Janice Butler Maragakis and Robert B. Butler. He was called Pops by his 7 grandchildren and 5 great grandchildren. Bob was preceded in death by his two brothers—Harvey Gabbert and Truman Gabbert and his father and mother. Bob died quietly at home from cancer on May 14, 2020. The family asks that those that wish to make a donation in Bob's name please consider ThriveWell Cancer Foundation San Antonio, a program that was very helpful to Bob. A Celebration of Life for Bob is pending.
To order memorial trees in memory of Robert Wyle Gabbert, please visit our tree store.