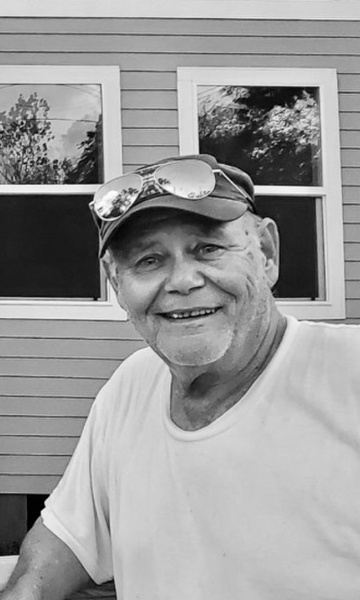 Robert John Johnson passed peacefully at his home in Fresno, Texas at the age of 72 on August 16, 2021. Born April 22, 1949 in Mount Clemens, Michigan to Mr. Robert Andrew Johnson and Mrs. Ruby Mae Wilson, he grew up in Memphis, Tennessee and was a graduate of Messick High School. Robert joined the United States Air Force after high school, and was stationed at Little Rock Airforce Base in Arkansas. There he met and married Teresa Torres, and they made their home near her family in Corpus Christi, Texas. Robert served his country in the Philippines during the Vietnam War, though he minimized his military service throughout his life, deferring any praise instead to "those boys who didn't come home." After receiving an honorable discharge from the United States Air Force, Robert joined the Air National Guard for several years before retiring to civilian life.

Robert attended welding school at Del Mar College in Corpus Christi, Texas and would go on to become a journeyman welder. Robert loved welding, and was an extraordinarily gifted master of his craft. He said sometimes if he ever were to write his memoirs, they would be titled "A Fusion of Metals." Robert and Teresa relocated to Houston, Texas in the late 1970s, a city he swore he would never live in after experiencing the rush hour traffic a few years earlier. When not on the job, Robert enjoyed hunting and fishing, saying he often felt closer to God on the water and in the woods than he did in a pew on Sunday. He could share the gospel of Jesus Christ as easily as a cold one with friends and strangers alike. In his later years, he adopted the Billy Currington song God is Great, Beer is Good, and People are Crazy, as his personal motto and loved to quote it. Most of us will never hear that song without remembering Robert. He loved sky-diving in his younger days and completed 19 jumps. When his health no longer permitted hunting and fishing, or doing mechanical or plumbing repairs for family and friends, Robert gave himself fully to his yard work. Robert was never so happy as when he was riding his red Snapper mower across his land with a cold Gatorade in his hand and cutting his grass. Or Ms. Bea's grass. Or the neighbor's grass.

Robert is survived by his long-time companion Beatrice Rivera, of Fresno, Texas, and his first wife and mother of his children, Teresa T. Hall of Weirsdale, Florida. His three children, daughters Cynthia "Cindy" Reed, Nancy J. Kaplan, and namesake Robert Matthew Johnson, are proud to have had Robert as their father and miss him dearly. Great and mighty trees leave the biggest holes, and that is as it should be. Robert loved his grandchildren: Robert Conrad, Ashley, Amanda, Melanie, and Rachel; and they loved their Grandpa, or Grumpy as he loved to be called, after the beloved Disney dwarf. In his final years, it was great grand-daughter Annabelle that he treasured most, and we are grateful she was able to know him and his love. Robert's love, his laugh, the memories he made, the life lessons that will always stay with us, these were his gifts to us.

Before his passing, Robert endured the loss of both parents, his two brothers, Thomas "Tommy" Palmer and Daniel Ray "Danny Ray" Johnson, his best friend Lawrence "Uncle Larry" Kemper, and his beloved brother in law, Manuel Cuellar, or cuñado, as Robert always called him. Manuel taught Robert much about welding, and life, and Robert would reminisce once in a wistful while about Manuel's wisdom and what a great man he was.

Fresno, Texas was home for Robert, where he raised his children, where his grass grew, and where he wanted to meet his end. A nearly four-decade long fixture of Evergreen Street, in his last years, Robert enjoyed his new Chevy truck parked in front of his new house, where he would take coffee and smoke breaks on the porch and wave to the passing cars. Those that were not going too slow, looking suspicious, or too fast, and driving dangerous, that is. As news of his passing spread through his Fresno community, so many friends and acquaintances came forward to share what a blessing and friend Robert had been to them. It has been a comfort and source of pride to his family to hear over and over again "your dad… your pops… Mr. Johnson… Robert... Bobby… was such a good man."

He truly was, and his friends and family will gather to celebrate his life on Sunday, September 26th at Kitty Hollow Park in Missouri City, Texas. Gathering at 10:30 AM and Memorial at 11:30 AM. More info is available on the Funeral Services tab.