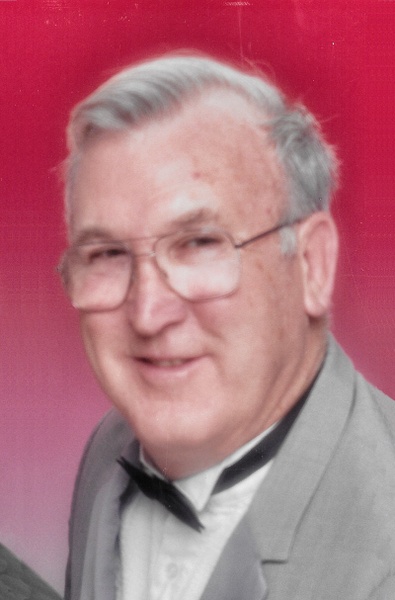 Bob was born in 1929 to Free and Violet Miller of Washington State.
He was the third of five children and was raised in the Seattle area.

Born at the start of the Great Depression, Bob developed a strong work ethic at an early age, starting as a paper boy, then various other employments while attending school. He graduated from Roosevelt High School, attended the University of Washington, completed service in the US Navy, and then worked for his father at Miller’s Magazine Service, eventually taking over the business with his brother Don. He married the love of his life, Joanne, in 1953, and together they raised their three children in Edmonds, Washington.

Bob loved building things. In his youth he built a playground and won the award for “best backyard of Seattle.” He started designing magazine racks, creating Display Manufacturing, which supplied his product throughout the Pacific Northwest. He made playgrounds for his children, refurbished items from railroad salvage, made several MG kit cars, and designed his final home on Lake Roesiger, building most of it himself.

Through his hard work, Bob was able to retire early, and he and Joanne traveled the world together. They drove an RV throughout the United States and Canada. They took trips to Mexico as well as Europe, the United Kingdom, Africa, Australia, New Zealand, South America, China, Thailand, Bali, Egypt and the Holy Land. They took many trips to Hawaii including one in 1964 via prop plane.

Bob was baptized in Lake Roesiger by Pastor Jerry Torgerson in 1991 and attended Forest Glade Community Church for many years where he enjoyed many wonderful friendships.

Bob passed away on March 19, 2022 at the age of 92. He is survived by Joanne, his wife of 68 years, his children, Kim, Kevin and Dan, grandchildren Anna, Madeline, Bob and Katy, and many more family and friends.

Bob will continue to be with us through his many good deeds, and will be remembered in the hearts and lives of the people he has touched.

Memorial donations to Forest Glade Community Church at www.forestgladecc.com or PO Box 607, Snohomish, WA 98291 are requested in lieu of flowers.