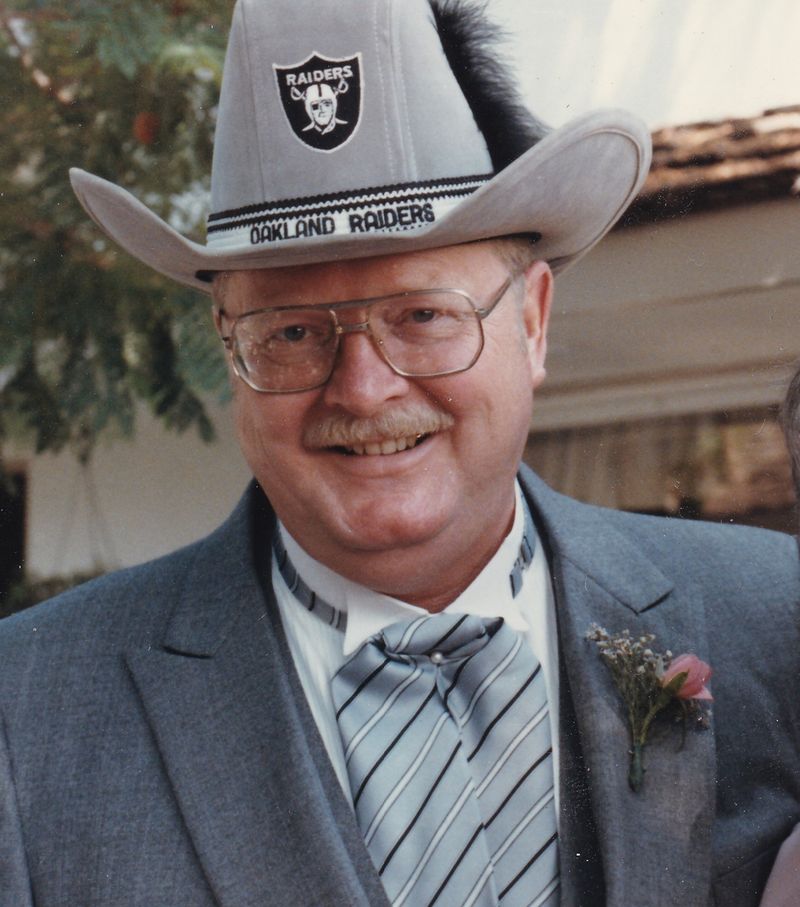 "Robert Maurice Moline passed away unexpectedly at the age of 87 on November 10 at Cedars-Sinai due to complications at the hospital following an exacerbation of his chronic heart failure. He is survived by his broken-hearted immediate family including daughter Brenda and son Eric, his baby sister Edith, daughter in law Beth, and beloved grandchildren Casey and Jody Chan and Heather Mae Moline as well as dozens of loving family and friends who miss him terribly.

Bob, as everyone called him, grew up in the projects in Chicago, moving to Southern California in his teens. After serving in the US Army, he was honorably discharged as a Corporal in February of 1961. He served in Alaska during the Korean War, and after his service he attended UC Berkeley on the GI Bill. He graduated from Cal in 1957 with a bachelor's degree in civil engineering. By this time he had married JoEllen, also a graduate of San Bernardino HS class of 1950, and soon daughter Brenda Jo and son Eric Robert were born.

He made his career as a civil engineer, starting with a job with the highway department and moving on to work as a senior project engineer at a geotechnical company based in Los Angeles. Along the way, he became a licensed Professional Engineer. His specialty was soil mechanics. The engineering firm sent Bob to work in locations in Michigan, Chicago, and New York City where he was moved and the family went with him. Later, while based in Los Angeles, he was sent to Iran to work on critical projects there. His skill as an engineer was based on training but also on an uncanny intuition, which often led him and colleagues to a direct solution that PhDs had often failed to see, amidst their flurry of doctorate-level calculations and theories. During his career he worked on projects including the Santa Anita Racetrack and Dodger Stadium. Bob also enjoyed playing beach volleyball at Santa Monica Pier with his work colleagues, as well as playing tennis and backpacking with them in his spare time.

As a family man, Bob was active with the kids, teaching both daughter and son how to Punt, Pass and Kick as well as body surf, dive into a pool, and hike and camp. "The Old Woodsman," he called himself. Bob used to pick up Brenda's middle school girlfriends for a 1 mile jog pier to pier in Santa Monica at low tide in the firm sand. He jogged more than they did. He enjoyed his ice cream and seconds on dinner, so Bob used to refer to his physique as "Bands of Steel, covered by layers of cotton!" He was also famous for his weekend pancake breakfasts, made lovingly by Bob for the family while Glen Campbell or the Kingston Trio would blare from the stereo. The family enjoyed camping trips together often with Bob's folks, Mae and Bill. Although Bob had been backpacking with Rudy and friends in the High Sierras including Mt Shasta and Mt Whitney, later he had to slow down when heart issues started to catch him. One glorious family adventure in Yosemite, Bob and Eric and Brenda with young families took the beautiful 10 mile Panorama Trail from Glacier Point to Curry Village in the Valley floor. It was tough. We had a shirt made for Bob, quoting his comment to Brenda's Half Dome hike leader: "I made it To The Bottom!"

Bob had many nicknames over time, including but not limited to "BAAAB" courtesy of neighbor Derek, and his self dubbed "Bobby Ball Game," "Grandfather of Chan" and even later in life, "Formerly Handsome still Intelligent Swedish Man, Crotchety Old Curmudgeon."

After retiring from a long successful engineering career, Bob could not be persuaded to do anything very active, social, or community oriented. He said, "I finished working. I'm retired, and I'm tired. I want to be entertained." He spent time taking care of the household and of JoEllen, ordering stuff from catalogs and watching any and all televised sports and Turner Classic Movies. He loved spending time with Eric and Brenda and the grandkids, and with friends and neighbors.

Bob was, at his very core, a gentle and loving man. He was humble and saw all people as equals. He was also very tough, having survived many health challenges that would have led to his demise years before had he been like most of us. Brenda was very tenacious in protecting him during many health crises, just ask any of his physicians.


He loved music and singing, so much so that he taught himself to play guitar in his forties. He hummed when he was working, and was often heard singing songs in the evening, for no other reason than he loved it. In the last weeks of his life he was heard singing many an old country tune from his hospital bed or the rehab mat. On Halloween, a few days before he collapsed, he was videoed singing "Drop kick me Jesus through the goal posts of life."He said this was in honor of Football Season, and that "Gramma got run over by a reindeer" would have to wait until the holiday season. He remained enamored of singing alone and unaccompanied with joyful enthusiasm until the end. Brenda would tell the doctors and nurses "If he's not singing, we may have a problem."


After a long life full of field goals kicked true, he has made his touchdown. Bob is walking freely in Heaven where Cal never loses. Robert Moline will be remembered with affection, love, and admiration by all who knew him.