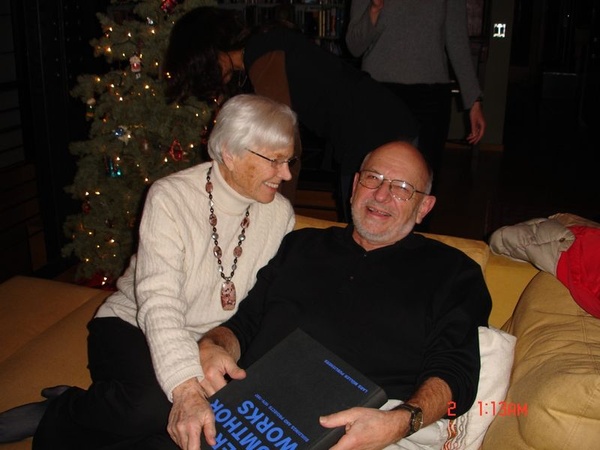 Robert Schaefer died on Wednesday, March 25th, 2020, of complications from coronavirus. He will be mourned by family, friends, and community members whose lives he touched.

Born on March 29th, 1932 in Denver, Colorado, Bob grew up near the foothills of Colorado's Front Range. He moved to New York City for undergraduate studies at Columbia College, then continued on to complete medical school at Columbia University Vagelos College of Physicians and Surgeons. His military residency was in Adana, Turkey, and was followed by a residency in radiology at Stanford.

During his military residency, Bob took a mountain climbing vacation to Switzerland, where he had the good fortune of meeting Doris Marti. Between excursions in the Alps he won her heart and they were married in February of 1962. After completion of his residency in Palo Alto they moved together to Seattle.

Bob's keen insights into techniques of radiology earned him wide respect in the field. In addition to his practice at Harborview Hospital and Overlake Medical Center, his academic contributions gained him faculty posts at the University of Washington Medical School.

Bob's intellectual curiosity was legendary. He was in his element studying fractal patterns and Fibonacci numbers, or searching the night sky with his telescope for nebulas and other astronomical wonders. His fascination with the mathematical structures of the natural world led him, among other things, to craft exquisite models in wood and string of complex geometric volumes.

His passion for abstract math and physics was balanced by his love of art and technical craftsmanship. He was a highly skilled woodworker, and over the years produced a collection of beautifully crafted furniture and lathe-turned bowls, while also serving as president of the Northwest Woodworkers Guild. In recent years he focused his energies on landscape and still life oil painting.

Bob loved the beauty of nature. His outdoor exploits included ascents of numerous peaks in the Cascades, and treks in diverse places like Montana's Bob Marshall Wilderness, the Swiss Alps, and Nepal. Closer to home, he enjoyed simply sitting on his balcony in Magnolia with Doris, admiring the view of Puget Sound and the Olympics.

A longtime patron of the arts, Bob lent his support to many Seattle theater groups and museums. He was an artist's aide at the Seattle Opera and generous supporter over the years of that institution.

Bob was a warm hearted, caring and gentle soul who will be deeply missed by those who knew and loved him. He is survived by his wife Doris and his extended family, including the Becks in Seattle and Denver, the Martis and Scholls in Switzerland and the Schaefers and Abrams in Boston and Raleigh.
To order memorial trees in memory of Robert Earl Schaefer, please visit our tree store.