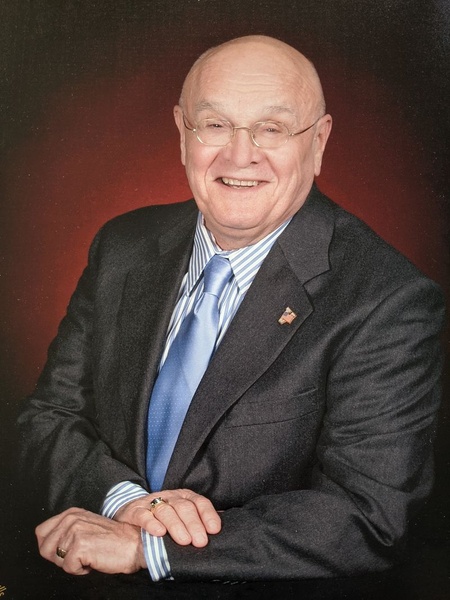 On Tuesday December 8th, Roger Raymond Redman, loving husband and father of three, was called home by his heavenly Father at the age of 80 in Mesa, Arizona.

Roger was the eldest of seven children born to Raymond and Florence Redman on June 27th, 1940 on the family farm in the town of Fairbanks, WI. Upon graduating from Tigerton High School in 1958, where he played baseball and enjoyed drawing, he enlisted for three years in the US Army's 155th Transportation Company, serving his country at bases within the US and in Greenland. Roger's first marriage in 1962 lasted thirteen years, during which time he was blessed with his daughter Julie in 1963. Roger remarried June 12th, 1976 to Barbara Burton, with whom he shared a union for 44 years until his passing, together raising two sons, Barry and Daniel, in Hortonville, WI. He and his family were members of Bethlehem Lutheran Church, where he served as a school board member. Roger retired in 1993 as a Quality Control Inspector from James River Corporation in Menasha, WI after 29 years of service. Upon Barbara's retirement in 2001, the couple spent their winters in a retirement community in Mesa, AZ to be closer to their sons. They permanently relocated in 2012, and joined Emmanuel Lutheran Church in Tempe, AZ. Barbara's care and devotion to her husband were a constant blessing to him, as he struggled with many health challenges throughout his retirement.

Roger is remembered by those who knew and loved him for his sense of humor, as a storyteller of cherished family memories, and for lively conversations. He grew up as an outdoorsman, deer hunting during the winters and fishing during the warmer months in the Tigerton area. His service to his country sparked his lifelong interest in US military history. While raising his children, he often worked with his hands on projects at home. He and his family spent many summer days boating and camping at Shawano Lake. During his retirement years in Arizona, he enjoyed early morning swimming, movies, and spending time with his grandchildren.

Roger was preceded in death by his parents, Raymond and Florence, Barbara's parents Matthew and Evelyn Burton, his sister Janice (Haines), and his brother-in-law Arlin Burton, as well as dear cousins, aunts and uncles.

A private funeral service will be held Friday, December 18th at Emmanuel Lutheran Church in Tempe, AZ, at 10:00 AM that can be accessed online at https://youtu.be/VtBrZ1Czajw. Memorials can be directed to the Deeper Roots Higher Sights Phase 2 Fund at Emmanuel Lutheran Church (https://elctempe.churchcenter.com/giving) and to Disabled American Veterans (https://www.dav.org/).
To order memorial trees in memory of Roger Raymond Redman, please visit our tree store.
Send a Sympathy Card