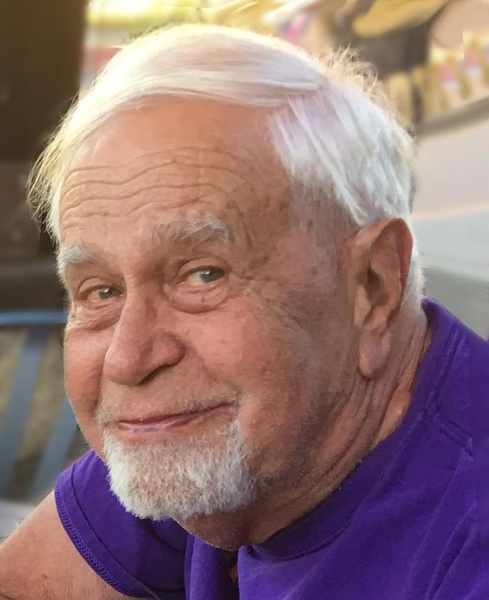 The Rev. Roger Williams, of San Marcos, California passed away in his home on January 15 from complications of Multiple Sclerosis. He was surrounded by Merry, his wife of almost 55 years, and their daughters, Michelle and Colleen.

Roger graduated from Palomar College and San Diego State, and was drafted into the army, serving in South Korea as a Chaplain's Assistant. He married Merry McFarland in 1966, before entering seminary to become a Presbyterian pastor.

After graduating from San Francisco Theological Seminary in 1969, Roger was called to serve the Wheatland Presbyterian Church in Breda, Iowa. There he and Merry began a family with the 1970 birth of Shawn Christian Williams. Shawn died in 1971 after surgery to correct a heart defect.

For 31 years Roger, with wisdom and servanthood, faithfully pastored congregations in Iowa, Kansas and Missouri. Roger retired in 2000 after a diagnosis of Multiple Sclerosis. Roger and Merry moved back to the west coast to be care-givers for Merry's mother in the historic family home in San Marcos.

Roger's honesty in times of heartache and joy has blessed all those with whom he had contact. Roger was most content smoking his pipe while reading a book on American history. He was a voracious reader and had the uncanny ability to remember nearly everything he read. He would delight those around him with his vast knowledge and dry wit.

Eldest daughter Mich followed in her father's footsteps, serving a small church in Kansas City; Colleen is a News Anchor at KHGI, an ABC affiliate, where she uses her inherited traits of wit and wisdom for presenting the news to those in the viewing area.

A celebration of Roger's life will be presented virtually at a later date. The family suggests any contributions in the name of Roger Williams may be made toward M.S. Research.
To order memorial trees in memory of Roger Williams, please visit our tree store.