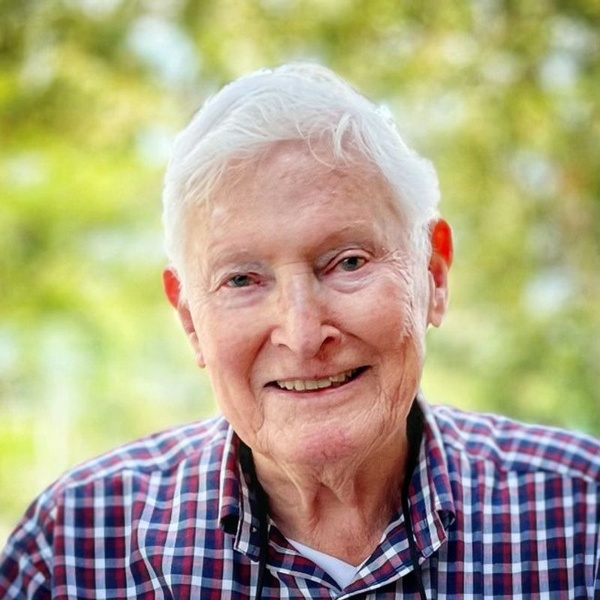 Roger Wolfe, our beloved father, grandfather, great-grandfather, and devoted husband of the late Patricia E. Wolfe, passed away at his home on January 31, 2022. A brilliant man, he was an MIT graduate, an engineer, a U.S. Army veteran, a sailor, a friend, and an eager traveler who loved his yearly trip with Pat to Mexico along with sailing adventures and more exotic trips. They sailed in the Caribbean, Fiji, Turkey, Tahiti, Antigua, and Mexico. Land adventures included New Zealand, Spain, London, Paris, and Thailand.

In his younger days he strung a telegraph line between his house and a friend's, earned his ham radio license at age 12, and got his driver's license at age 14. He was a guy that could fix anything, from cars to electronics to Pat's sewing machine. He had a 37-year career with Burroughs/Unisys, and his name is on 14 patents.

Roger was an intrepid optimist—making us renew his passport last year in case he wanted to travel. He volunteered for many years with the America's Cup, for the local police department, and many other groups and causes. Roger also taught adult ed classes at Oasis, and was unfailingly supportive of all Pat's art, career, and party endeavors.

He enjoyed a party, an old-fashioned, and just sitting and having a beer. We never heard him utter an unkind word about anyone, raise his voice or be less than a gentleman. To a person, everyone that spent time with him: caregivers, friends, coworkers, even random strangers all said how nice he was. Everyone involved in his care during his final years loved him and talked about how much they would miss him. Both he and Pat modeled integrity and how to be a good person in the world without looking like you're trying. They both had many, many friends.

In lieu of flowers, please consider making a donation to the BrightFocus Foundation or the Foundation Fighting Blindness. A Celebration of Life event will be scheduled at a later date.

RIP Roger, Dad, Grandpa, Great-grandpa (Gpa). You had a long, colorful, and adventurous life. We will miss you.
To order memorial trees in memory of Roger Ward Wolfe, please visit our tree store.