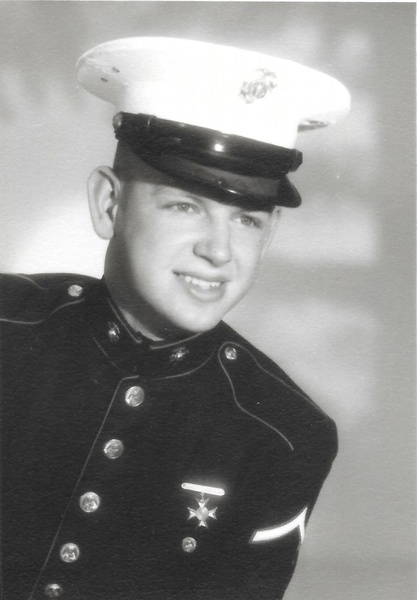 Major Ronald R. Meints, U.S.M.C., Ret. passed away at home on March 13, 2020 after a two year battle with cancer. He was supported by his family and friends throughout his illness.

Ron was born in McCook NE on July 25, 1937. He spent his childhood and teen years in and around Culbertson, NE. After his father returned from WWII, Ron and his brother Keith were raised by their father, Harm, and their grandmother, Dorthea. Ron always told stories of the mischief he and Keith would get into and how Grandma Meints would try to keep them on the straight and narrow.

After graduating high school, Ron joined the Marine Corps. During his early time in the Marines, he tested well enough academically and intellectually to attend the Naval Academy Prep School and received an appointment to the U.S. Naval Academy, but was disqualified because of poor vision. He was next accepted into the NECEP program and from there, attended the University of Missouri as an ROTC student.

After graduating from college, Ron attended Marine Corps officer candidate school and was commissioned in 1964. He spent 13 months in Vietnam as a radio officer, setting up radio communications in the field and keeping them running. Ron continued his career in the Marines working on computer programming and data analysis in the early days of computers. He retired from the Marines in 1975 and continued working with computers in the banking sector and later became a recruiter for computer programming positions.

Outside of work, Ron enjoyed his family, his dogs, and home improvement projects. He was always willing to lend a hand to friends and neighbors who needed his expertise in any manner of project. After moving to the Seattle area in 1977, he spent a lot of time with his father and step-mother Clara Meints whom he came to regard as "Mom".

A follow-up notice will be posted in June on this website with the date for Ron's memorial service at Tahoma National Cemetery in Kent, WA.
To order memorial trees in memory of Ronald Royce Meints, please visit our tree store.