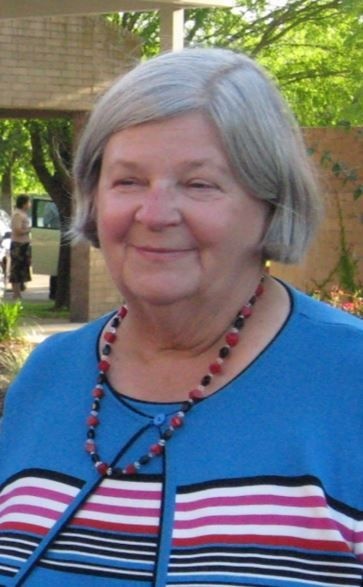 Sally Diane Bishop passed away peacefully on March 25, 2020 after battling cancer and related illnesses for several years.
Sally was born February 11, 1943 in Syracuse, NY, the daughter of William and Edna Chapman. She grew up in Manlius, NY and graduated from Fayetteville Manlius High School after which she completed a two year business school curriculum. She began her working career with SCM corporation in Syracuse, NY. It was while working at SCM that she met her future husband, Joe Bishop, whom she would wed on October 23, 1965. They were happily married for 54 years.
On January 24, 1969 Sally and Joe were blessed with their only son, Brian Scott Bishop. At the urging of her husband following two blizzard filled winters, the family relocated to Houston in 1970 and then to Sugar Land in 1975. Not being a native Texan, Sally quickly adapted to her new home and many friends.
During her working years Sally was employed by Imperial Sugar Company, MD Anderson, and Sysco Food Distribution Corporation until her retirement due to health reasons in 2007. In her spare time, Sally enjoyed painting, arts and crafts, cooking and gardening, where she completed the Fort Bend County Master Gardners program.
Sally was preceded in death by her parents and older brother, Billy. She is survived by her husband Joe, her son Brian, his wife Kim, and her two beloved grandchildren, Hailey and Brandon, all of College Station, Tx, her sister Sue Collin of Manlius, NY and several nieces and nephews.
In lieu of a local memorial service, her family is going to abide by her long standing wishes to have her remains distributed in the beautiful and peaceful surroundings of Chittenango Falls State Park, New York.
To order memorial trees in memory of Sally Diane Bishop, please visit our tree store.