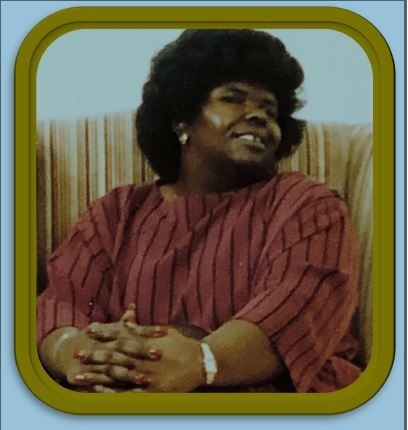 Sherry Ann Roberts was born on October 26, 1954, to the union of Leola and Eddie Roberts. She was the youngest of five girls. Her parents and two sisters, Ed-die May Roberts and Juanetta L. Wilson, preceded her in death.
Sherry, always a curious child, began her educational journey at Pioneer Ele-mentary School in Los Angeles, California. Her family later moved to Inglewood, California, where she attended and graduated from Morningside High School in 1972. She made her mark there as the "Mighty Monarch Mascot" at school sporting events and rallies.
Higher education, which was always pushed by her parents was next on her agenda. Sherry headed off to college to pursue her dreams. She not only attained her nursing degree from Compton College, she also completed her B.A. in Psycholo-gy from California State University, Fullerton. She was ready to begin her work in the field of nursing. She initially trained and worked in a couple of L.A. County's regional hospitals. She learned much but was looking for a greater challenge. She found her life's most rewarding work as a nurse for the Los Angeles County Sher-riff 's Department. She worked at the Hall of Justice, Sybil Brant Institute, Twin Towers Correctional Facility, and the Century Regional Detention Facility. Her ca-reer with the Los Angeles County Sheriff 's Department continued for 27 year until her health declined, at which time she retired.
Sherry had a vivacious, fun-loving personality, and always made people around her laugh. She loved a good party, family gatherings, and even Sunday Brunch with friends. She especially loved to travel, was a voracious reader, and a Die Hard Laker Fan. She acquired friends everywhere she went and was known for not holding back her opinion, with a knack for telling it like it was. She had a big heart and truly loved people. She went out of her way to crochet baby blankets for expectant parents. She felt it was her duty to be part of the village to welcome a new life. She was always ready and willing to help a friend.
After a prolonged illness, the Lord called Sherry home to be with Him on July 7, 2020.
Sherry leaves to mourn, her two sisters, Dolores Roberts-Hayes (Willie), and Marilyn Stagg (Larry); one God-sister/BFF Darnisa Tyler (Anthony); one brother-in-law Alonzo Wilson (Juanetta); five nieces; three nephews; two great-nieces; four great-nephews; and a host of family and friends.
To order memorial trees in memory of Sherry Ann Roberts, please visit our tree store.