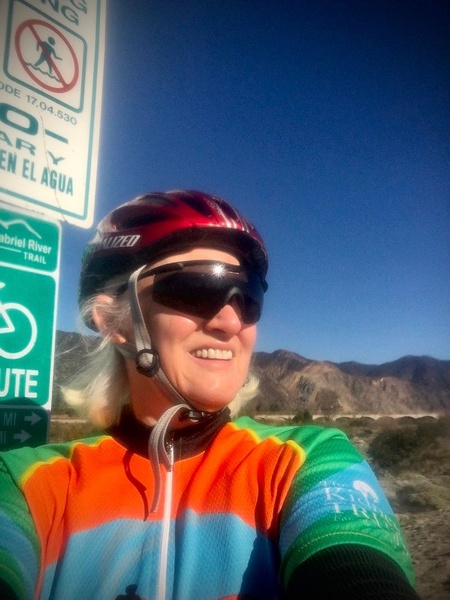 Shirley Castles was born in Chattanooga, Tennessee on Sunday, July 1, 1951. Shirley lived boldly and with few compromises. Following a sudden and severe aneurysm, on July 27, 2020, Shirley was taken away from her family and friends. To her final moments, Shirley fought hard for who she loved and what she believed in. Shirley was an explorer and embodied the spirit of adventure. She was brave and unflinching when it came to an opportunity to try something new. Her passions and talents were many.

As a child, Shirley instinctively looked to help her family, whether it was teaching herself to sew to make clothes for her mother or drawing paper piano keyboards to teach neighborhood friends piano. She was a spunky and ever-spirited child always there to help her sister and mother no matter the challenge.

Shirley's love for life and others fueled her to start many impactful and longstanding ministries. While attending College Hill Presbyterian Church in Cincinnati, Ohio, Shirley was part of the evangelism team and started the Singles Ministry. It was through this ministry that she first met her husband, Charles.

After a whirlwind courtship of one month, Charles proposed and promised Shirley a life that was never boring - a promise she held him to at all times. Within six months they were married and within a week, Shirley and Charles packed up all of their belongings (including her Fiat) into a U-Haul truck. With all of life in a truck and towing a Dodge Dart Swinger, Shirley traveled to Pasadena, California with Charles for him to attend Fuller Seminary and to start their ministry as a couple.

After seminary, they moved to Union Star, Missouri (pop. 419) for their first pastorate. Shirley received her Chaplain certification and worked tirelessly to help families navigate their toughest days sharing her love of the Lord and bringing peace in difficult times. Her unstoppable energy and keen eye towards community need inspired her to found the Little Star Preschool. This preschool was the only early childhood development resource serving Union Star and its surrounding communities for 30 years before this integral educational resource was formally folded into the Union Star School District.

Shirley was an energetic and engaged mother. Despite early years of living in a rural and remote community, Shirley was committed to providing opportunities and experiences for her daughters. Shirley would spend hours driving to skating rinks, skating competitions, piano lessons, museums, and more. She loved her children fiercely, and attended her daughter, Jhey's many concerts and shows no matter the dive bar or mountain top.

When her husband felt the call to move to another pastorate in Oklahoma City, Shirley exuberantly welcomed the move and new adventures. Her continued passion and drive to serve others resulted in her founding a community caregiver's day out program for individuals experiencing dementia and Alzheimers. This program (Caregiver's Day Out, later known as DayBreak) was eventually integrated into the Mercy Health Senior's Health programs given its critical role in facilitating therapeutic group activities while caregivers received much needed respite.

Following 10 years of service in Oklahoma, Shirley and Charles went to their last pastorate in Woodlake, California. Here, Shirley fell in love with the easy access to mountains and new friends for hiking and camping adventures. She loved the Woodlake Presbyterian community and was active in its music program. In Woodlake, Shirley started cycling. Her community focus never waned, and ended up pulling together a group of co-workers at Cigna to train together for their first of many triathlons. Shirley's ability to shine joy never dimmed and others were to quick to notice, which likely is why her Las Vegas Iron Girl finish line moment was featured in their televised race highlighting the non-competitive athletes and their race experiences.

After retirement, Shirley and Charles moved to Monte Vista Grove where they enjoyed the spirit and fellowship of others called to the ministry. Ever inspired by the needs of others and seeking to help, Shirley obtained her fitness instructor certification to start helping and planning with expanded senior fitness classes at the Monte Vista Grove Wellness Center.

Shirley loved whitewater rafting, hiking, cycling, competing in triathlons, camping, traveling, puzzles, sewing, cooking grits and more. When Shirley was able to convince Charles to buy an RV, she planned amazing adventures for her granddog, Frank, and niece and nephew, Melea and Makana. She proudly had her RV packed and ready to hit the road quickly to explore beaches, mountains and national parks.

Shirley always responded to any new opportunity or experience with a resounding "yes!" - never meeting a stranger or a strange land. Shirley loved without judgement or inhibition. Her passion, drive and light will be missed, but not forgotten.

The family appreciates your support and love during these difficult times. Please share your stories and photos on the Memory Book (currently, the Light A Candle function is not working - so just use the Memory Book at this time). We are eager to hear more Shirley stories.
To order memorial trees in memory of Shirley Ann Castles, please visit our tree store.