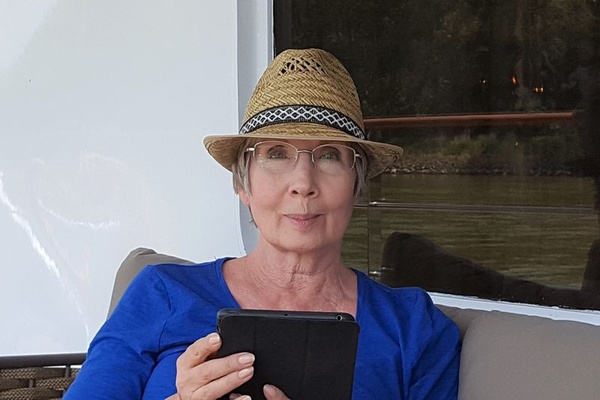 Shirley Chesnutt, beloved wife of Van Chesnutt passed away on 5/30/2020.

Shirley was born in Idaho Fall, Idaho and grew up in a rural setting as an only child. Her adoptive parents where Edna and Richard Knoblock. Prior to moving to the Pacific Northwest in 1981 she worked for Mountain Bell in Boise. In Seattle, she worked for a Pacific Northwest Bell and its subsequent incarnations before retiring from Qwest (now Century Link) in 2009.

With no children or pets, Shirley and Van focused on travel. Together they were both avid and enthusiastic travelers who got to see much of the globe. While their main destinations were North America and Europe, they did get to experience Australia, the South Pacific and most recently China in 2019.

Shirley and Van met in 1983 and were married in Renton in 1987. They renewed their vows in Hawaii for their 24th anniversary. Shirley and Van were devoted to each other and sometimes referred to themselves as Team Chesnutt. With no family of her own, Shirley was especially pleased to think of Van's family in Florida as her own.

Shirley was a kind, intelligent and strong woman with a great appreciation of all things beautiful. She loved photography, art, nature and flowers. She enjoyed planting flowers in the spring and picking out bouquets at local markets.

As with most couples, there were times that were difficult, things like broken ankles and breast cancer. The year 2020 has turned out to be particularly difficult. Shirley developed a completely new breast cancer that metastasized into her liver. Her chemo and immuno treatments and the resultant side-effects proved to be extraordinarily difficult and as such it was the cancer that eventually took her life.

With the current pandemic limiting social interaction no Celebration of Life is planned at this time. As the world opens back up, there may be one in late 2020.
To order memorial trees in memory of Shirley Jean Chesnutt, please visit our tree store.