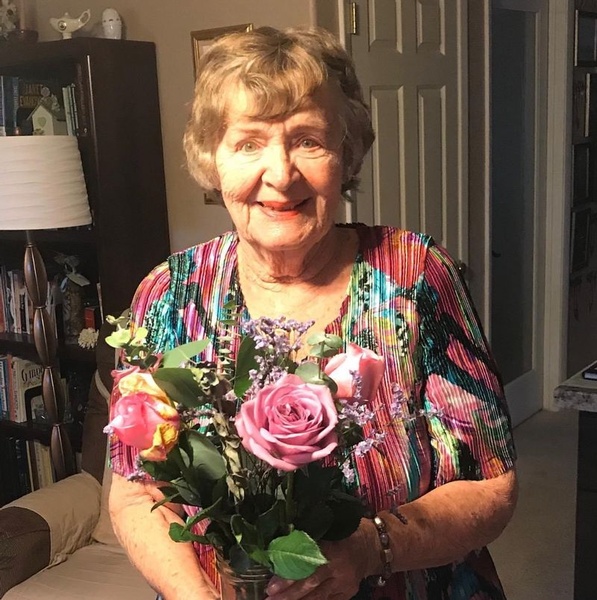 Shirley Jean O'Donnel Lee 88, passed away surrounded by family at her home in Phoenix ,AZ on January 3rd, 2021. She was born in Dayton, Ohio on September 18th,1932. Shirley was preceded in death by her loving husband of 48 years, Lester S. Lee. Shirley was also preceded in death by: parents Henry G. O'Donnell and Jane E. O'Donnell; brother Stuart James O'Donnell and son-in-law Jeffrey Hammer. She is survived by sons; Michael (Sharon) of Charleston, SC, James (Iris) of Northfield, MN, Daniel of San Diego, CA, Douglas of Mesa, AZ, and Larry (Rowena) of Phoenix, AZ. Shirley is also survived by 13 grandchildren and 5 great- grandchildren.

Shirley graduated from Wilbur Wright High School in 1950 and went on to attend The Christ Hospital School of Nursing, graduating as an Registered Nurse in 1953. Shirley met her husband Lester in Dayton Ohio, where he was stationed as a Sgt in the USAF. They were married on September 29th, 1954 at St. Marks Episcopal Church, also in Dayton. Later in life Shirley obtained a Bachelor of Arts degree from Chadron State College, all while she and Lester raised their 5 rambunctious boys.

After her husband Lester left the USAF, they moved to Colorado, Wyoming, Nebraska and later back to Wyoming before they would eventually retire in Yuma, AZ. Shirley held various nursing positions to include school nurse, traveling nurse and later went on to run operations for the Northfield Villa retirement home in Geering, NE. Shirley also held a teaching position at Nebraska Western College and a position at the General Hospital in Scottsbluff, NE which proved to be an interesting and rewarding phase in her career.

Later in life her time was spent talking to family and friends on the phone for hours, growing vegetables, attending daily events at the local senior center, reading, and playing bingo. Shirley also enjoyed watching her favorite shows, the Price is Right, Walker Texas Ranger and Murder She Wrote. She led a full life enjoying the company of friends as often as possible. Shirley was also an active member of the Red Hat Society, loved to volunteer at her local library, hospital and schools and was always the life of the party. Shirley loved to travel, entertain, play cards in various social groups. She was also known for making beautiful handcrafted cards for friends and family for all occasions.

An interment service will be held in the chapel at Woodland Cemetery and Arboretum, located at 118 Woodland Avenue, Dayton, Ohio, June 8th at 10:00 AM. Furst Florists (local): https://www.fursttheflorist.com/ (800) 253-8778
To order memorial trees in memory of Shirley Jean O'Donnel Lee, please visit our tree store.