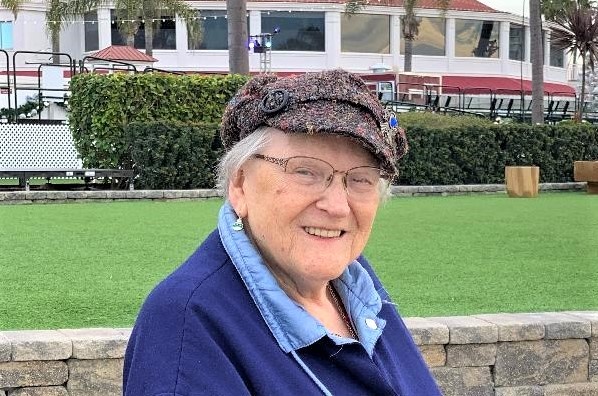 Teresa Mae Young died peacefully on June 14, 2022, at the age of 88 at Sharp Memorial Hospital in San Diego, California. Teresa was born September 21, 1933, in Woodland, Maine. and was the eldest of seven children of Arthur E. O'Neil and Chrystal E. Kinney O'Neil.

Teresa grew up in Westborough, Massachusetts. She graduated High School in 1952 and later worked for Bay State Abrasives. In 1955 she married George W. Young of Castle Hill, Maine and raised her 2 children. In 2007 she moved to San Diego, California, where she lived with her sister Lorraine (Rene) O'Neil. In 2014 she moved to Congregational Tower in Chula Vista, California until her death. She loved being around and spending time with family and friends and was always up for a good adventure. She also enjoyed watching the Hallmark channel, Marvel Superhero movies, collecting angels, attending her bible study classes and loved lilacs and daisies. Her kind demeaner, smile and laughter will be sorely missed.

"More precious was the light in your eyes than all the roses in the world." - Edna St. Vincent Millay