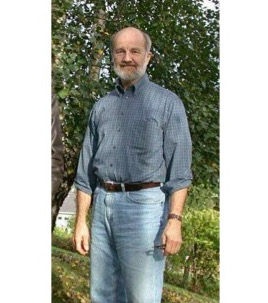 Tom was born in Lakeview, Oregon in June of 1938; the second child and eldest son of Gladys and Mike Bigley. A longtime resident of the Pacific Northwest, he and his siblings spent their youngest years in Oregon and Washington.

Tom graduated from Kent Meridian High School in Kent, Washington, in 1956. He met his wife Joan in 1957 while both were working at summer jobs near Cliffdell, Washington. Their first date was a drive over Chinook Pass for an evening by the fireplace at Paradise Lodge in Mt. Rainier National Park. As they began their lives together, Tom and Joan attended the University of Washington in Seattle, where Tom earned his Bachelors' degree in Industrial Design. Tom and Joan were married in 1960 and in 1961 Tom began his military career.

The young couple moved to Pensacola, Florida, where Tom attended Navy Flight Training School, and their first child (Peter) was born. During Tom's distinguished 22-year military career as a Naval aviator, flight instructor, and intelligence officer, he was awarded the Distinguished Flying Cross, the Defense Meritorious Service Medal, National Defense Service Medal, Vietnam Service Medal, and more. Later in his military career, he worked for the Department of Defense at the Pentagon, and shortly before his retirement at the rank of Commander in 1983, he was Programs Director of the Naval Air Reserves, stationed in Alameda, California.

Military life took Tom and Joan to Florida, Texas, the Philippines, California, and Virginia, with short-term excursions to Japan and Hong Kong. Upon Tom's retirement, he and Joan moved to their home in Olympia, Washington. From there, they traveled to Sweden, Norway, Denmark, France and throughout the Anasazi ruins, scenic sites and National Parks of the US southwest. Following his retirement from the Navy, he took on a variety of website development projects, building upon one of his favorite hobbies that began with tinkering with "microcomputers" in the 1970s. Also in retirement, Tom picked up his camera and took hundreds of photos of the beautiful view of Mount Rainier just outside his dining room window.

Shortly after their 60th wedding anniversary, in January 2021, Tom's beloved wife Joan passed away. Following her death, Tom continued to live in his home, surrounded by family, until shortly before his death at St. Peter's Hospital on September 3.

Tom is survived by his sister Barbara, his brothers Bruce, Paul and Phil, his son Peter, his daughter Sandra, and their families.

There is no memorial service currently planned. In lieu of flowers, please consider a donation to your favorite nonprofit organization. Tom was a supporter of public broadcasting (an avid PBS member and viewer), humanitarian organizations, and his church, Gloria Dei Lutheran in Olympia.
To order memorial trees in memory of Thomas Lee Bigley, please visit our tree store.