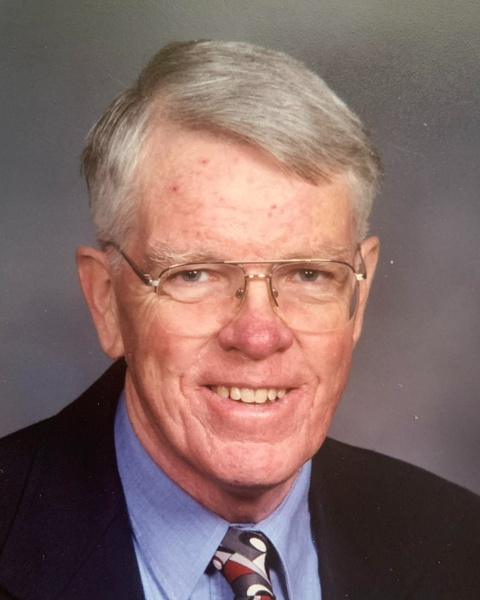 Thomas Roy Jorgensen was born in Minneapolis, MN, on November 23, 1937, the son of the late Roy Edward and Eloise Dorothy Jorgensen. As a child, he loved singing in the choir, playing the piano, and spending time with his family, especially goofing off with his brothers.

At age 18, he met the girl with whom he’d spend 60 years of his life. Tom met Karen Hansegard at Hope Lutheran Church in Minneapolis and they were inseparable until Karen’s death in 2016. On June 28,1958, they were one of the first couples to be married in the new sanctuary at Hope Lutheran. Just 11 months later, they welcomed their firstborn. Tom and Karen went on to have two more children before moving to San Jose, CA in 1965. The last of their four children was born in 1968.

Tom’s greatest joys were his faith, family, gardening, working in the garage with wood and on cars, and especially playing the piano and organ. He also enjoyed coaching his sons’ baseball teams, playing golf and working on house projects with them such as building decks, constructing pools, laying concrete, and more. He worked at IBM in transportation for 37 years and started his own tax and financial business in 1987. He was an active church member for over 70 years, singing in the choir, playing the organ, being an elder, and serving on various committees. He was also active in Gideons International.

Tom loved watching hockey, especially his beloved San Jose Sharks, and was even able to attend a
Stanley Cup Finals game in 2016.

Tom was promoted into the presence of his Lord peacefully in San Jose, CA on 09/13/2022 with all of his children by his side. Tom is already missed by so many who loved him. He is survived by brothers David of Riverside, CA; Jon of Franklin, VA; and Craig of Brea, CA; his four children, Diane (Richard) Schwarz of Nipomo, CA; Steven of Manteca, CA; Michael (Dawn) of Seabrook, NH; and Sharilyn Hetherington of San Jose, CA. He also leaves behind 8 grandchildren, 11 great-grandchildren, numerous nieces and nephews and his companion of the last 5 years, Bette Syth.