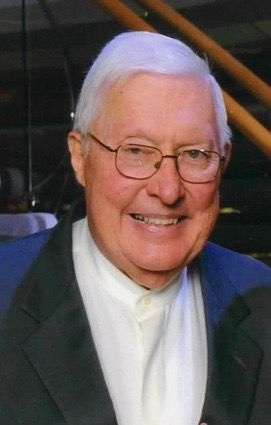 At his request no service will be held.

Mr. Kohl was born December 10, 1941 in Chicago, Illinois to Thomas and Irma Kohl.

He attended Oak Park High School in Oak Park, IL. He continued his education at Purdue University in Lafayette, IN., graduating with a degree in Mechanical Engineering. Following graduation he married Ursula Sobel. They celebrated 57 years of marriage in June.

He spent 45 years in the heating and cooling industry, managing and mentoring people. He was especially adept at problem solving. He enjoyed traveling, reading and spending time with his family.

Mr. Kohl is survived by his spouse Ursula; 2 daughters and their spouses, Terri and Richard Meier, Torri and Geoff Golish; and grandchildren, Grace, Richard and Genevieve.

He was preceded in death by his father Thomas Kohl Sr., mother, Irma Kohl, and brother Terrence Kohl.
To order memorial trees in memory of Thomas Christen Kohl, please visit our tree store.