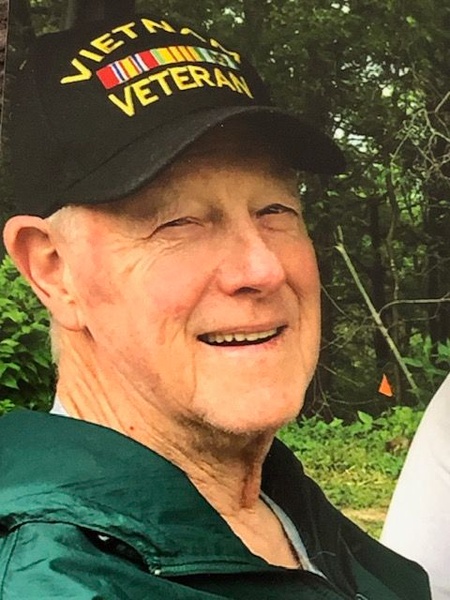 Tony Wayne Keim, age 73, a recent resident of Payson, AZ (and formerly of Green Valley, AZ and Mondovi, WI), passed away on July 22, 2019 at The Frontier House in Payson. Tony was born on April 9, 1946 in Crawfordsville, IN to Bernard Lee and Ruth Lorraine (Gardner) Keim. The family moved to San Diego, CA where Tony graduated from Madison High School in San Diego in 1964. After school, he completed a tour in the U.S. Navy, serving on the USS Samuel N. Moore in Vietnam. After his service was completed, he worked for Scripps Clinic and Research Foundation where he met his future wife, Phyllis Theresa Fedie. They were married at St. Brigid's Catholic Church in San Diego on November 25, 1967. The couple made their home in Poway, CA. Tony worked for General Atomics in San Diego, retiring in 1995. After moving to Mondovi, WI later that year, he worked a second career at Hutchinson Technology. After his second retirement, Tony loved staying busy with yardwork, woodwork, watching television shows about aliens, and playing with his dog, Willie.

Tony is survived by his sons Adam Gardner Keim of San Francisco, CA, and S. Shane Keim of Payson, AZ; his brother Timothy Dane Keim of Pittsboro, NC; and his in-laws Linda Gaasch, Patricia and Gary Moe, Steve and Wendy Fedie, and Laure Heitzig of Minnesota, and Robert and Nancy Fedie and Randy Fedie of Wisconsin. He was preceded in death by his parents and his wife. There will be no services held. Condolences can be sent to 703 E. Frontier Street #13, Payson, AZ 85541.
To order memorial trees in memory of Tony Wayne Keim, please visit our tree store.
Send a Sympathy Card