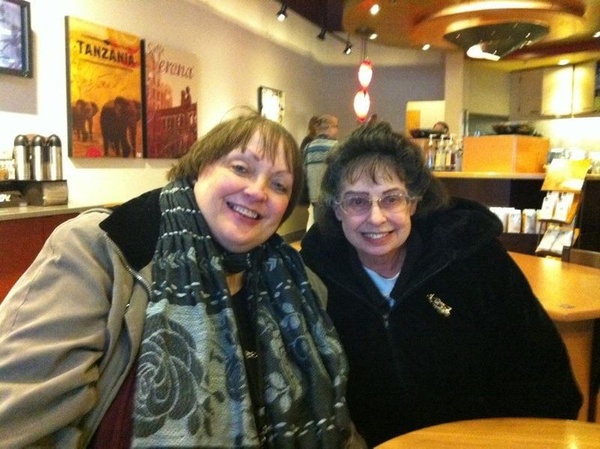 She was an incredible human - who wore her heart on her sleeve! For those of you who don't know, she was someone who followed her passions! She graduated in the class of 1966 from Lewis and Clark High School located in Spokane, WA. She went on to graduate from Whitworth University majoring in education. While attending graduate school in Louisville, KY, she met and married Frank Ellis, who was from New Orleans, LA. They moved to Tacoma, WA and then to Spokane in the fall of 1975. They returned to Louisville in 1977, so Frank could finish graduate school and Vicki worked as a Social Worker for the juvenile court system for three years in a first offenders program. While things didn't turn out as she had hoped, she and Frank brought two little girls into the world during their time together.

After divorcing in 1981, she returned to Spokane and found a great role as a recruiter searching for accountants nationwide. She had a knack for people and was a natural at finding them the right opportunities. Vicki and her daughters moved to the Seattle area in 1987, settling in Redmond initially and then Kirkland while she continued working as a recruiter. She returned to education by substitute teaching while earning her two master's degrees in School Counseling (Seattle Pacific University) and School Psychology (Seattle University). She was deeply invested in others, and made that the focus of her life. She had a very fulfilling career working as a School Psychologist for over 23 years at Clover Park and Bethel School Districts. Working with children of all ages was her passion and she absolutely loved her work. Vicki retired in 2017 and most enjoyed spending time with family and friends. She was a trained Soprano - and absolutely loved singing! She was also an avid reader preferring mysteries, a news junkie, and gardener. She was a great cook - and absolutely adored her cats. She would always say that they had trained her well.

Whether she realized it or not, she made a dent in the universe! She is absolutely loved - and she will live on in everyone she touched.