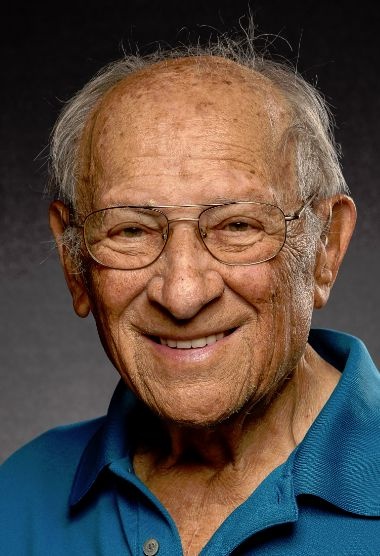 Walter Alpert of Escondido, CA died February 21, 2021 at home, in his favorite chair. He was 89. Walter was born in Brooklyn and raised in the Bronx. Despite coming from a poor family, Walter worked his way to a business degree from City College with a job in the post office while also helping to support his parents and two younger brothers. After graduating, he found his way to Wall Street where he rose to Vice President.

He met his wife Sandra at a Valentine's dance for her nursing school. Like a true fairy tale, he saw her across the room and told his friends, "That one is mine, I'm going to marry her." Nine months later he did, and they were in love for 63 years.

They raised three children in Monsey, NY and when he was just 54 they fulfilled their dream of retiring to California. He succeeded on Wall Street because of his quick mind that loved math and numbers and could calculate eighths of a dollar with lightning speed; and his ability to take bold risks.

His job enabled them to take plenty of time off to travel and they spent happy years driving the country in a motor home and enjoying the outdoors of campgrounds. After retirement, they traveled far and wide to many countries and took the family on lots of adventures which created a lifetime of memories.

Family was the most important thing to Walter. He was kind and generous and would help anyone who needed it. He loved his six grand-children and was so proud to see them all become successful adults.

May his memory be a blessing!
To order memorial trees in memory of Walter Alpert, please visit our tree store.