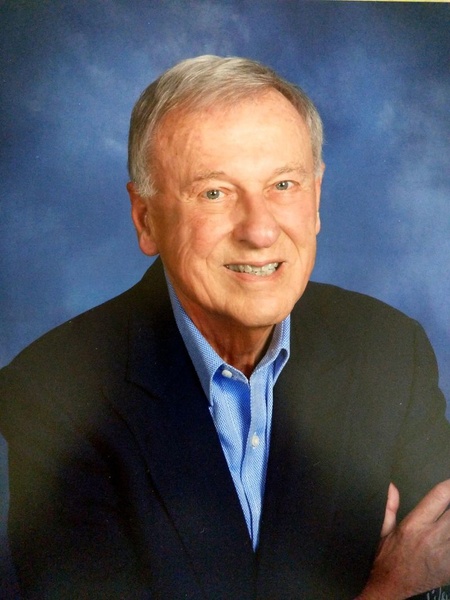 Walter William Pagel was the only son of Katherine Achterath Pagel and Walter Heinrich Pagel. He was born on December 6, 1927, in Grant Hospital in Chicago, Illinois, and baptized on August 8, 1928, in the German Lutheran Church of Chicago. When he was three, he took a transatlantic voyage to visit his grandparents in Germany. That trip instilled a passion for travel that remained with him throughout his entire life. In his final years, he still longed to explore the world, entertained himself with historical fiction, and always had a good travel story for cocktail hour.

Educated in Illinois, he went to Lowell Grade School, Carl Shurz High School, and then to the University of Illinois at Urbana-Champaign, graduating in 1949. He enlisted in the Illinois Guard 44th Infantry, Champaign, in 1946. In 1952 he was a Warrant Officer to the Finance Divisional Headquarters of the 33rd Infantry. In 1955 he resigned from the Illinois National Guard and moved to California to be closer to his ailing father. For 30 years, Walter worked for the California State Board of Equalization as an Audit Supervisor. He met Doreen Mary Murphy in Pasadena, and they were married on June 11, 1966, in Santa Barbara, California. After retiring from the State Board of Equalization, Walter worked for Bliss Keeler Real Estate and renovated a couple of houses in San Marino, CA. In 1987 Doreen and Walter moved to Orange County, CA.

Along with travel, Walter was passionate about Opera and was exposed to it at a very young age. Walter's Aunt was the personal cook for Charles H. Swift, son of the founder of Swift & Company, and his wife, the famous German Soprano Clara Dux. The couple was childless, and Clara was particularly fond of Walter. She doted on him, cultivated his ear for classical music, and enthralled him with stories. His other interests included bridge, the symphony, art, history, clothes, and design.

Mass will be held in Walter's honor at St. Edward's Catholic Church Dana Point when the church reopens for services.
To order memorial trees in memory of Walter William Pagel, please visit our tree store.
Send a Sympathy Card