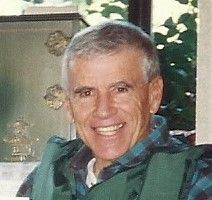 Dr. Warner Frederick Scheyer was born to Dr. Frederick and Synette Scheyer on May 19, 1931 in Puyallup, WA. He had one older brother, David. Warner attended Puyallup High School and the Lakeside School in Seattle and then followed on to the University of Washington graduating with a Chemistry undergraduate degree and then a doctorate of Dentistry in 1959. He taught dentistry at UW and had his own practice. He enjoyed his time at UW and was proud of being a 'Husky'; he also joined the naval reserves during college. He married Carolyn Bryant in 1961 and was loving father to three children, Holly, Warner B. and Nancy, and proud Grandpa to five grandchildren Sadie (24), Soren (21), Ruby (15), Hans (14) and Finn (10). Holly's boyfriend, John, Warner's wife, Jodi and Nancy's husband, D'Arcy also held very special places in his life along with extended family and many good friends.

Warner practiced dentistry throughout his adult life and had many other interests including racing cars, flying small planes, sailing, fishing, baking and woodworking. The family owned an avocado grove and managed other avocado groves in Southern California where they lived from 1969-1978. The family moved back to the greater Seattle area where they've lived since. Warner loved working with his hands and gained expertise in woodworking later in life building everything from custom boxes, home furnishings and eventually small boats including kayaks. He also built his own cabin on Whidbey Island where he lived for about 10 years in Langley with son, Warner and family. He lived his last years with daughter, Holly in Lakewood, WA. Family was very important to him and he departed this life in his home surrounded by family, peacefully and lovingly as he lived his life.

There will be a celebration of life ceremony on Saturday, February 29, 2020 from 1-5pm at the Rainier Beach Community Club in Seattle.6038 South Pilgrim Street, Seattle, WA 98118
To order memorial trees in memory of Warner Frederick Scheyer, please visit our tree store.
Send a Sympathy Card