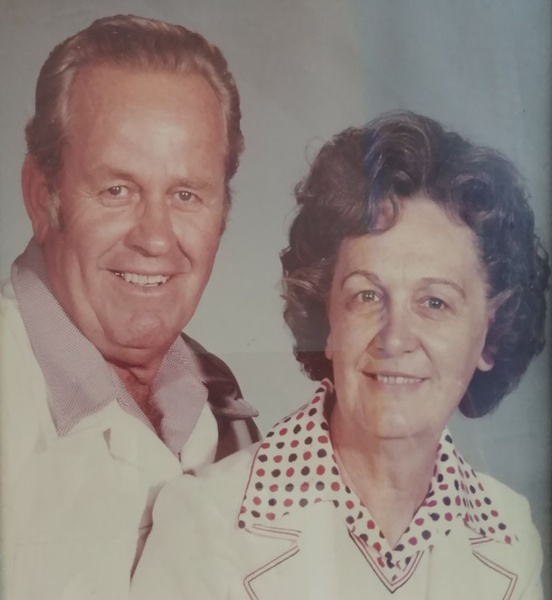 Wilma was born on January 19, 1923 in Evans, Colorado to Edward Sherman Crosley and Victorine Maude (Nalley) Crosley. She was raised in the Fraser-Tabernash area of Colorado where she lived in a train boxcar during the construction of the Moffat Tunnel in 1926-1927 due to her father and uncles being employed with the Denver-Northwestern and Pacific Railway. Later Wilma, along with her Mother and sisters moved to Los Angeles, California where she met and married Eldwin (Butch) Robert Bassett. Both Wilma and Butch were born and raised just a few miles from each other in Colorado, but did not meet until after they both moved to Los Angeles. They met at church and Wilma attended Culter Academy Christian School. They were married on March 23, 1941. Wilma was 18 years old and Butch was 21. Both Wilma and Butch were devoted Christians from a young age. They raised three children: Robert (Bob), Wilma (Willi) and Beverly (Jeanne).

Butch was in the Marines in WWII and was deployed to the Pacific Ocean Theater, a major theater of the war between the Allies and the Empire of Japan. Wilma drove Butch to the train station to see him off. She just couldn't leave it at one goodbye, so she drove as fast as she could to the next station on the line in hopes of seeing Butch again before the train pulled out of the station. She made it just in time and was able to have another tearful goodbye. While Butch was overseas, Wilma worked at Lockheed Aircraft as an office clerk in communications.

Over the years, while raising three children, Wilma worked outside the home as a Repro Typist at Bendix Corp., and for Sears where she met Clint Walker, the actor. She also tried her hand at raising mushrooms in the family barn and selling Stauffer Posture-Rest Machines. Wilma was an avid volleyball player, winning many 1st place trophies and ribbons. After retirement, she and Butch opened the Yogurt Junction in Lancaster, California. They attended Grace Chapel Church.

Wilma was known for her kind and compassionate spirit, always seeing the good in everyone. She loved her Lord, her family and friends with a passion that only Christ can give. She was preceded in death by her husband Butch (2001), her Mother Maude and sister's, June "Judy" Campbell-Bodum and Edwina "Vicki" Tinkler.

Wilma was buried alongside her loving husband Butch, of 60 years, at the Riverside National Cemetery, Riverside, California on June 10, 2020.

Memorial Service will be held at a later date. Please check back for more information.
To order memorial trees in memory of Wilma Mae Bassett, please visit our tree store.