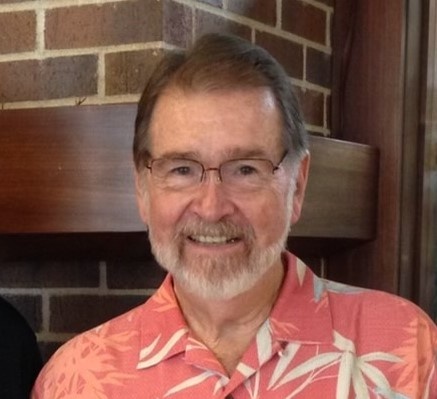 With the deepest love and respect, we reflect on the life of Thomas Rivers Jackson, a life well lived with dedication to his family, community, and country. He was born at the Native Sons and Daughters of the Golden West hospital in San Francisco, CA on August 13,1940 and adopted by William Kelsie and Kathryn Kliewer Jackson. He passed away peacefully on May 21, 2022, after a brief illness. Tom was a beloved husband, father, grandfather, uncle, and friend but most of all he was a remarkable human being.

The family first lived Eureka CA where his father was an executive with the Boy Scouts of America and eventually moved to Sacramento, finally settling down in Clovis where the family began raising turkeys and beef cattle.  Tom attended Jefferson Elementary School, graduated from Clovis High School in 1958 and joined the Mid Valley Fire District in Fresno, spending summers working for California Division of Forestry (CALFIRE). He attended California State University Fresno majoring in humanities, and then enlisted in the Army where he served in the Post Headquarters’ Adjutant General’s office in Fort Lewis WA.

An accomplished musician, Tom and his folk trio spent many hours entertaining others in coffee houses throughout the early 60s. In 1965, he married Jean Simpson of Fresno and subsequently moved to San Diego, where he majored in Business Administration at San Diego State University. After several years together, Tom and Jean parted ways and he began his career in the food and wine industry.

Interested in all things “food and wine,” he landed a job working at The Cheese Shop in Grossmont Center and was eventually promoted to manager of their La Jolla location, a position he held for several years. After a stint working as a co-owner and manager at the popular La Jolla import store Iberian West, he joined Zolezzi’s Italian Deli and Restaurant, where he would become the establishment’s unofficial sommelier. He then joined Wine Warehouse, one of the largest wine distributors in the U.S., where he covered sales throughout San Diego County. This position allowed him to witness, first-hand, the development of San Diego’s historic Gaslamp District and their now-booming food and wine culture, as well as helping many of the area’s restaurants and their employees develop a better understanding of wine and how to improve sales with their patrons.

Enriching wine-tasting trips across California and throughout Europe further exposed Tom to the vast culture behind the wine-making industry, where he got to meet the winemakers and continue to develop his passion for fine wine. In the early 1970s, he joined the original and eclectic panel of twenty wine connoisseurs who formed The California Grapevine, a bi-monthly newsletter and one of the most respected in California. He later formed Vin de Cal, a local wine distribution business that was importing wines from Europe. Later, he joined the team at Great News!-a retail cookware shop and cooking school. This position heightened his love of cooking and he was able to enjoy many hours spent creating fabulous meals and desserts.

After Tom’s retirement from the wine industry, he joined the United Way of San Diego County, where he served as an executive handling the major municipalities, as well as the Port Authority of San Diego. He facilitated many major donor gifts, helping the United Way to amplify their philanthropic footprint, and ensuring their support for where their employees lived and worked.

Tom will be remembered for his generous and kind nature and spirit, his selfless devotion to others and his dedicated contribution to, both, the Boy Scouts AND Girl Scouts of San Diego, as well as a Board Member of the Committee of 100 in Balboa Park, the Casa de Balboa building board, the San Diego History Center committee to reimagine the interior of the Junipero Serra Museum and the board of the Presidio Little League. As a Boy Scout, he enjoyed the outdoors, a love of which he passed on to his two sons. He continued to share that love of the outdoors when he took on the role of Boy Scout Cubmaster to Mission Hills’ own Pack 20 and Scoutmaster of Troop 20, the oldest troop in San Diego.

Tom truly enjoyed the high-adventure outings and unforgettable trips backpacking in the Grand Canyon and the Sierras, leading the boys at Philmont Scout Ranch in the Sangre de Cristo mountain range in northeastern New Mexico.

After retiring from those leadership positions, he and eight of the dads decided that they weren’t ready to give up the hiking and camping and, for twenty years, continued to backpack in the High Sierras, calling themselves “Los Viejos Locos!” They competed against each other for who could prepare the tastiest gourmet meals (with accompanying wine, of course!) while camping at 10,000 feet or above. One year, without informing their spouses, and to top off their great adventure, they climbed the Half Dome in Yosemite National Park!

After meeting on a blind date and dating for several years, Tom married the love of his life, Lucy Healy from Coronado, California on December 30, 1972. They wed at the historic Naval Training Center Chapel in San Diego and were married for 50 years. Together, with their sons and later their grandson, they enjoyed road trips to the national parks. Amongst their many trips, was a memorable Route 66 adventure and a European vacation with three other couples.

Tom was a walking encyclopedia and had an amazing ability to remember nonsensical trivia and random facts. He developed a life-long love for two college sports teams, the Fresno State Bulldogs and the San Diego State Aztecs.

He will be remembered for his loyalty to others, passion for his beliefs and love for his family and friends.

Services will be held at Miramar National Cemetery on Thursday, June 2nd at 9:30 a.m. with a reception immediately following.

Donations to the Committee of 100 in Balboa Park are welcomed (www.balboaparkcommitteeof100.org)